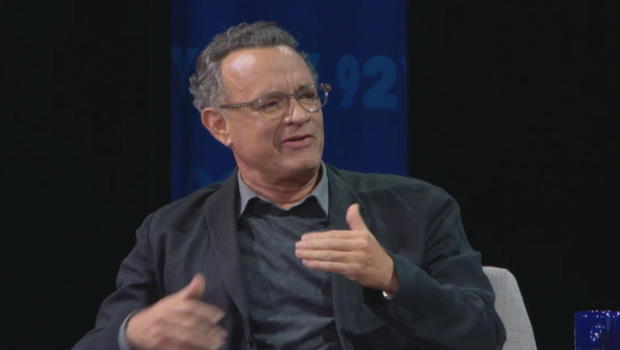 CBS News November 2, 2018, 8:46 AM Tom Hanks on Pittsburgh shooting: "It is possible to love thy neighbor with no exceptions"

Oscar-winning actor Tom Hanks is speaking out about the deadly Pittsburgh synagogue shooting after filming a biopic on the iconic Mr. Fred Rogers in the same city. He tweeted a photo of a sign last week that said, "LOVE THY NEIGHBORS, NO EXCEPTIONS," and said that was "the spirit of Pittsburgh."

"The Tree of Life synagogue is in Squirrel Hill. We shot at the studios of WQED, where Mr. Rogers actually shot his. And we drove past that synagogue 16 times in the course of while we were there. We always thought, 'Oh, what a great name for a synagogue,'" Hanks told "CBS This Morning" co-host Gayle King at an event at the 92nd Street Y in New York City.

"Fred Rogers, people would ask him questions like the great imponderables and the ironies of life, and one of the questions he was asked has always been, 'What do we do in times of great struggle or great horror?'" Hanks said. "And Mr. Rogers said as only he could, he said, 'Look to the helpers. Yes, a horrible thing has happened, but you cannot give up hope, and if you need a source of hope, look to the helpers.'"

He pointed to people who immediately started passing out food and helping organize and taking care of needs.

"And that is, in a lot of ways, that's the extraordinary thing about — let's just narrow down all of Western civilization to the United States of America. When that happens, earthquakes in Los Angeles or typhoons somewhere, or in the course of such bloodshed and horror is happened in Squirrel Hill — everybody comes out and helps. And guess what? It is possible to love thy neighbor with no exceptions. We can be good at that if we choose to be," Hanks said. 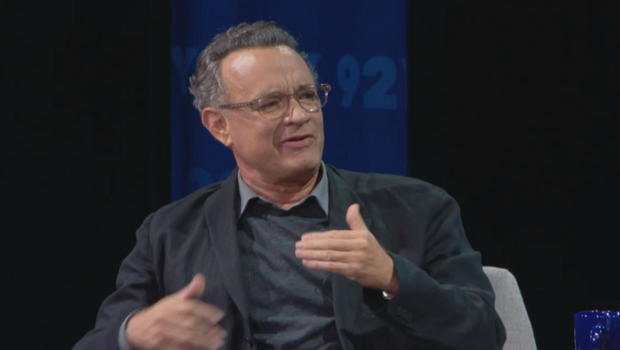