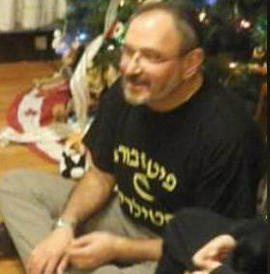 A survivor of last Saturday's Pittsburgh synagogue massacre says she doesn't believe the shooter should receive the death penalty because it'd be "too easy."

"I want him to spend the rest of his miserable life rotting in jail," Carol Black told CBS News correspondent David Begnaud on Friday. "He has no remorse and I think his only regret is that he didn't get us all."

Black survived the attack by hiding in a pitch-black storage closet with several others. Her brother, Richard Gottfried, was among the 11 people killed in the deadliest attack on the Jewish community in American history.

Gunman Robert Bowers was charged this week in a 44-count indictment that includes charges of murder, hate crimes, and obstructing the practice of religion. He pleaded not guilty. U.S. Attorney Scott Brady said Sunday that federal prosecutors will seek approval to pursue the death penalty against Bowers.

"I think that's too easy, and I don't want him to have it easy," Black said.

In the interview with Begnaud, she described how the tragic day unfolded. Soon after arriving at the synagogue for services that morning, Black said she heard what sounded like a metal table falling against a tile floor. Initially, she assumed someone had just dropped something, but when the sound happened again, and this time closer, Rabbi Jeffery Myers ushered her and two others to a back hallway and into dark storage closet.

"I don't know how long we were in there," she said. "It felt like a year, but it was probably closer to 20 minutes."

During that time, Bowers was just feet away. The gunman came into the hallway to shoot 88-year-old Melvin Wax.

"It was pitch black in the area that we were in so he didn't see us and he didn't know we were there," Black said. "I only saw his shadow."

Soon after, SWAT team members flooded the Tree of Life synagogue, and Black was escorted to the back of a patrol car where she heard the the rest of the morning play out over the police radio.

"The intellectual part of me knew that [my brother] probably didn't make it because as they were taking me out of the building I kept saying, 'My brother's in there, you got to go get my brother,'" Black said. "But my heart kept saying that maybe he managed to escape.

"In reality, there was no place for them to go, he was trapped. They were sitting ducks and there was no way they were going to survive."

Black's brother, Richard Gottfried, was the "heartbeat" of the congregation, she said, and his death has been a "crushing blow" to the community.

By her estimates, nearly 1,500 people came to the funeral home to pay their respects to Gottfried on Thursday, "a tribute to who he was and how many people from all the different areas of life loved him and miss him already."

Gottfried is survived by his wife, Louise. The couple had just celebrated their 38th wedding anniversary the prior weekend. The Gottfrieds were both dentists in the area and owned their own practice together. They had planned to retire in March, Black said.

The sounds of the gunfire initially stayed with Black, who said she lost sleep on Saturday night, unable to get the sounds out of her head. Since then, the sound of gunfire has been replaced with everything from Bon Jovi to hold-tone music, Black said.

"Talking about this, in a sense, is cathartic for me, it makes me feel more human and alive," she said. "I'm glad to be alive." 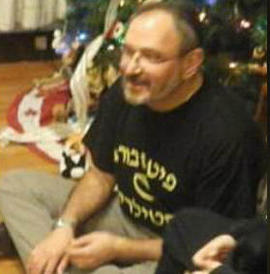