Barbra Streisand may be an EGOT legend, but the "Funny Girl" star still gets stage fright. The singer, actress and director says that she still struggles with performing in front of an audience.

Streisand joined James Corden on "Carpool Karaoke" on Thursday's "Late Late Show" and admitted that she's a nervous driver, but that didn't stop her from belting her hits.

She and Corden ran through Streisand's most iconic songs, including "The Way We Were" and "Don't Rain on My Parade," and covers of classics like "Imagine" and "What a Wonderful World." Streisand also sang her new song, "Don't Lie to Me," a single off her new anti-Trump album, "Walls." The song includes lyrics directed at President Trump with lines like, "How do you win if we all lose? / You change the facts to justify / Your lips move but your words get in the way."

The singer talked about her 27-year hiatus from performing because of her stage fright.

"I don't get nervous nervous, but I don't enjoy it," she admitted. "I get scared. I just don't want to disappoint people."

She said she tells herself before each performance, "Let go and let God."

Streisand also humble-bragged about her powerful tech friends. She talked about the time she convinced Apple's Tim Cook to change the way Siri pronounced her name.

"What's a better way to change my name than speaking to Apple, Tim Cook and saying, 'It would be so helpful if Siri said my name right. Is that possible?'" she said.

In 2016, during an interview, Streisand complained about Siri, saying, "She pronounces my name wrong. 'Streisand' with a soft S, like sand on the beach. I've been saying this for my whole career. And so what did I do? I called the head of Apple, Tim Cook, and he delightfully agreed to have Siri change the pronunciation of my name, finally, with the next update."

Streisand also talked about the time she used Steve Jobs as her personal computer expert.

"I once called Steve Jobs when I couldn't figure out something on my computer," she said of the late Apple CEO. 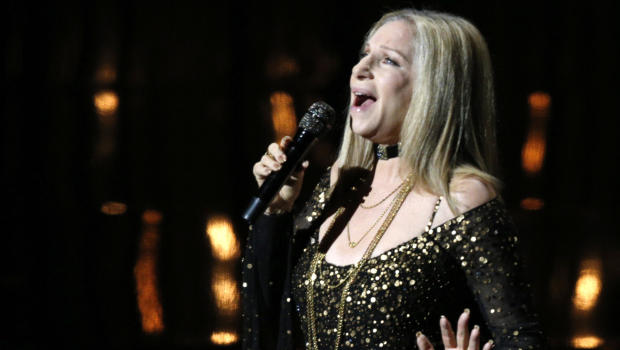