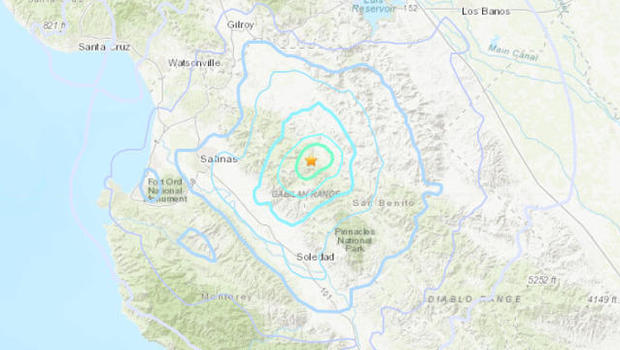 HOLLISTER, Calif. — A swarm of earthquakes along the San Andreas Fault, the largest measuring a 4.1 magnitude, rumbled through the Hollister area and the Salinas Valley Friday morning. CBS San Francisco, citing officials, reports the quakes rattled nerves but caused no major damage.

The USGS said the quakes were most strongly felt in nearby Hollister followed by Salinas, Gonzales, Monterey, Carmel Valley and Santa Cruz.

Authorities did not report any damage.

Matzuma Li, who lives in the Central Valley took to Twitter, saying the jolt awoke she and her cats.

"Nice way to start the day… A pleasant 4.0 to shake the cats through the roof at 6am," she tweeted. 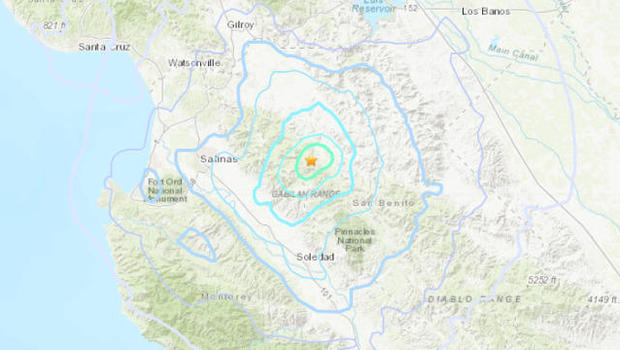