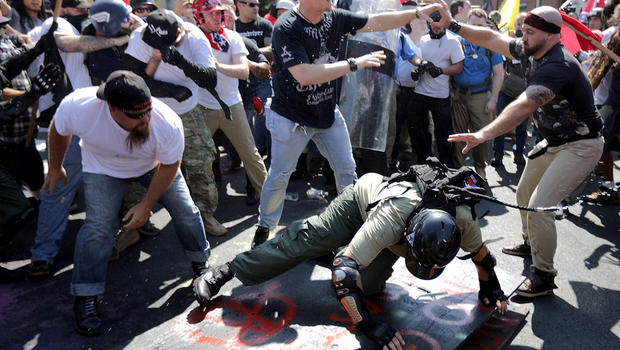 LOS ANGELES — Four alleged members of a white supremacist group were indicted by a federal grand jury on charges of inciting violence at California political rallies last year, officials said. The defendants planned and carried out assaults at gatherings in Huntington Beach, Berkeley and San Bernardino, the U.S. Attorney's Office in Los Angeles said in a statement.

The four participated in hand-to-hand combat training and then traveled to rallies to attack demonstrators and others, prosecutors said. Afterward they disseminated photographs and videos of the violent acts to recruit other members for future events, according to prosecutors.

Arraignments were scheduled beginning next week. According to prosecutors, the conspiracy and riots charges in the indictment carry statutory maximum sentences of five years in federal prison.

Prosecutors said the four are members of the militant Rise Above Movement, a group described in the indictment as "a combat-ready, militant group of a new nationalist white supremacy and identity movement."

The indictments come weeks after four other California members of the group were indicted for allegedly inciting last year's deadly riot in Charlottesville, Virginia. 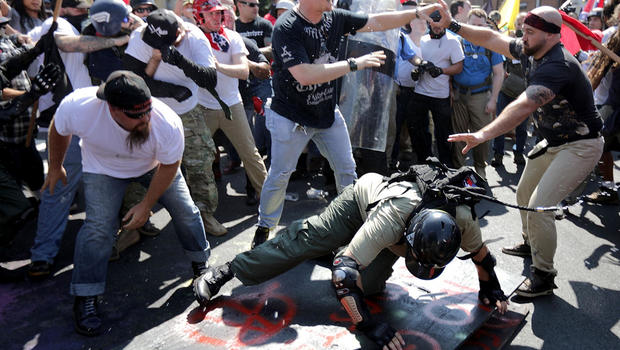