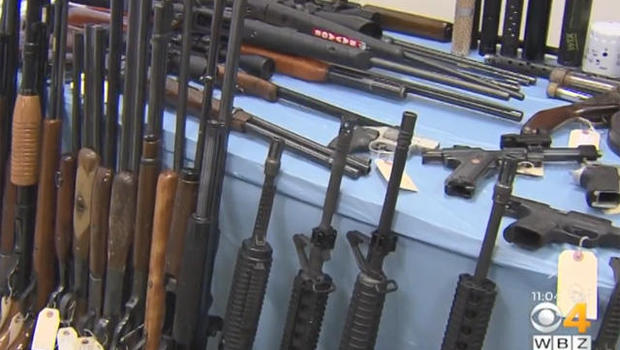 Police say they seized approximately 47 illegal firearms, 44 homemade silencers and around 35,000 rounds of ammunition from the man's home. He was arraigned Thursday in Shirley District Court and was ordered held without bail pending a dangerousness hearing next week.

Middlesex District Attorney Marian Ryan says police seized a number of high-capacity weapons from the home. Ryan says 11 of them were licensed to a woman who has not been charged but has had her license to carry revoked.

Middlesex District Attorney Marian Ryan said, "You see the kind of the firepower that was contained in that house, the number of rounds of ammunition — we have a least one sawed off shotgun, we have an AR15, an enormous amount of firepower — in a house, in a neighborhood where you would assume neighbors were unaware this was stockpiled in that house."

"We don't know right now, the purpose of why he had them, had so many, or why he was making so many silencers," Ryan said.

The Massachusetts State Police Gang Unit conducted the search but it was unclear whether Dusti has gang ties, CBS Boston notes.

"As we look at the recent events across the country, now more than ever, we have to be mindful of the risks of the proliferation of unlicensed firearms as well as homemade modifications," said Ryan.

Investigators don't know if any of the guns have been used in a crime and are currently testing them. Dusti faces multiple charges and additional charges are possible. 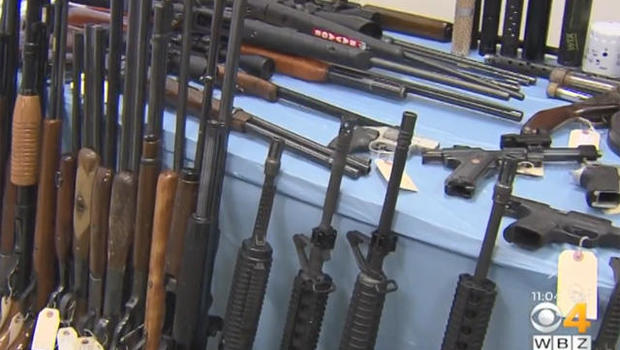