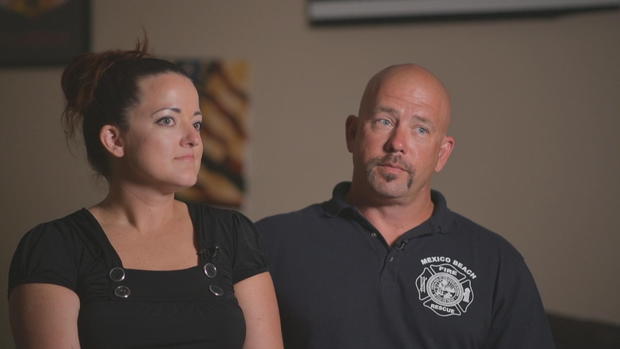 MEXICO BEACH, Fla. — When firefighter Bryon Hughes proposed to his police officer girlfriend Cori Clark, he kept it short and not very sweet.

"He literally said, 'Here, will you?' And I was like, 'I thought he was pulling out nose spray,'" Cori said.

It's hard to recover from a proposal like that. But Bryon was going to make up for it with the wedding.

"He called me and said, 'I found where we're getting married. I need to bring you here, but this is going to be the spot,'" Cori said.

Unfortunately, Bryon's shot at redemption — the place he picked for their October wedding — was the end of a jetty in Mexico Beach, Florida, which ended up being ground zero for Hurricane Michael.

No one knows where the house they rented for the wedding party is now. Michael washed away everything but the ocean view. Even the pavilion where they planned to hold the ceremony is now just a few crooked timbers. So obviously, they had to call it off.

Especially as first responders, in the wake of the storm, they barely had time to shower let alone fashion table decorations. In fact, Cori said the wedding was the last thing on her mind the day Bryon came up with his crazy idea.

"Just got tired of losing and getting our teeth kicked in. Something good had to come out of it," Bryon said.

"So he told me, you know, Hurricane Michael has taken so much from us and from everybody. We can't let it take away our wedding day," Cori said.

So on the same day they had planned to get married originally, bride and groom walked down an aisle of ruble, to an altar of broken concrete. The crowd was mostly coworkers and the dress was $90 on Amazon. But the ceremony was everything Cori dreamed of.

"We were almost in our own little bubble. Everything about it just ended up being perfect," Cori said.

Michael tried to spoil this moment. But turns out even hurricanes are no match for the formidable force of nature we call love. 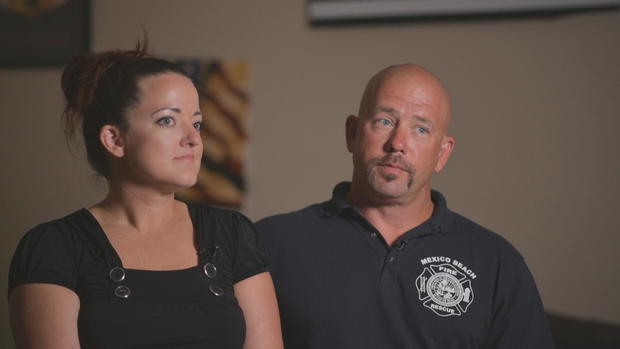 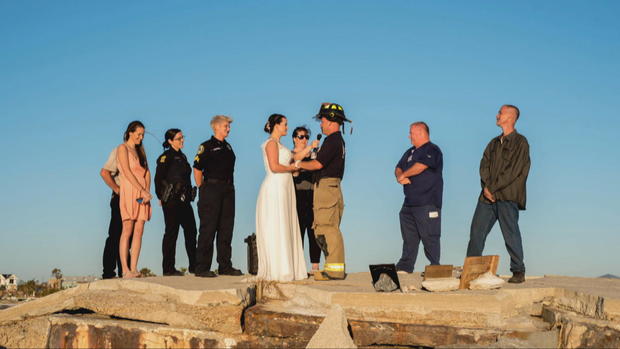