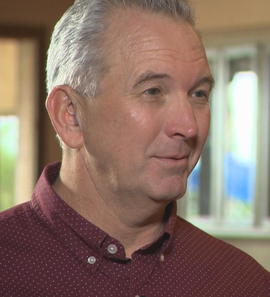 A 65-year-old North Carolina woman is in jail for allegedly plotting to kill her mother for insurance money after she fell victim to a so-called catfishing scam, when stolen identities are used to lure people into fake relationships. Victims in the U.S. and Canada say they lost nearly a billion dollars to scammers over the last three years.

But those same victims rarely speak out because they're embarrassed and humiliated and most are women over 50, single and looking for love, reports CBS News' Meg Oliver.

The online romance started in January when Roxanne Reed fell for someone she met on Facebook, who called themselves Scott Humpal. Reed claims the scammer started asking for money to pay medical bills. Even though they never met in person, she sent the stranger more than $50,000 over seven months.

When family members finally reported the scam, investigators allege that Reed – now out of money – had been plotting to kill her 88-year-old mother. She's now been charged with several counts of fraud and conspiracy to commit murder with the fake Scott Humpal.
The real Scott Humpal lives more than 1,200 miles away in Corpus Christi, Texas. Seven years ago, Humpal's wife died in a plane crash and soon after, he started receiving suspicious messages on Facebook.
"It just seemed odd because I didn't know them. So I'd send a message back and say 'Do I know you?' And they'd say yes I've been conversing with you on Christian Mingle or on Match.com or something for months," Humpal said.

He discovered scammers had created multiple profiles under his name and said "hundreds" of women have fallen for fake Humpals in catfishing scams.
Adam Levin, the founder of CyberScout and an identity theft expert, says Humpal checked off all the right boxes for a catfisher: a handsome, well-to-do widower.
"They're emotional terrorists," Levin said of catfishers. "They don't care who they destroy, how they destroy them, whatever. All they want is they want money."
CBS News reached out to several social media sites. Facebook said it advises users "not to accept suspicious requests" while Match.com said it tells users "to never send money or share financial information."

Levin says that while catfishing has become more sophisticated red flags like bad grammar are always there. But for catfishing victims like 73-year-old Beverley Franzke, those red flags are often missed. The retired nursing assistant joined Match.com because she wanted someone to talk to and fell for a man claiming to be a 61-year-old serviceman, who told her he was stationed in Afghanistan.
"He looked like a nerd," Franzke said. Like someone she could trust. The catfisher sent Beverley a copy of his fake passport that he'd only signed with his first name and in the picture was wearing a hat. Still, Beverley believed him.
"He was real polite and said he had a son and that his wife had died five years ago," she said.
Beverley sent the stranger more than $30,000. She drained her inheritance and borrowed $10,000 from friends. The scammer asked for money to pay his sick child's medical bills.
"I don't know, I'm a caregiver. I've always taken care of people and it was one promise after another. I'll pay you back when I get home blah, blah, blah," he said.

Beverly said she's not embarrassed that this happened to her but instead "disgusted and mad and hurt."

"I'm not embarrassed, no. Because nobody should be embarrassed for trying to help somebody," she said.

This problem won"t go away for the real Scott Humpal, who receives up to 10 messages each day from people around the world. He told us he won't shut down his account because it was a source of comfort after his wife died.

As for Roxanne Reed, the district attorney is still determining how to proceed in a case where the accused is both a suspect and a victim. 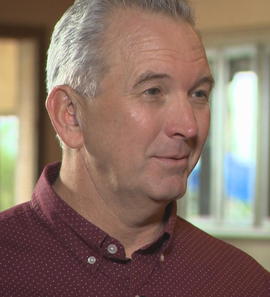 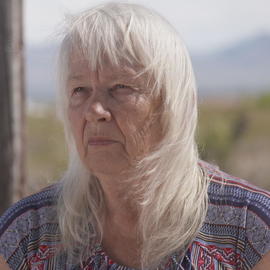