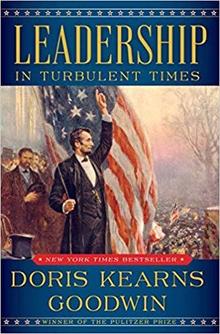 Pulitzer Prize-winning historian Doris Kearns Goodwin says empathy is a "central leadership quality," especially when you look at past American presidents. "What it means is being able to understand another person's point of view, to actually feel their circumstances," Goodwin said Friday on "CBS This Morning." "Several of my guys had it from birth."

By "my guys" she means the various presidents who figure in her latest book, "Leadership: In Turbulent Times," published by Simon and Schuster (a division of CBS). The presidents include Abraham Lincoln, Theodore Roosevelt, Franklin D. Roosevelt, and Lyndon B. Johnson – all of whom made efforts to unite the country in tough times.

"I think Lincoln was born with it. Even as a little kid he hated when his fellow friends would put hot coals on turtles to make them wriggle. He went and said, 'That's wrong. You're causing pain.' I think LBJ in some ways, because he was born in that poverty circumstances, had it. But the other two privileged guys had to develop it over time," Kearns Goodwin said.

The author also discussed FDR's famous fireside chats, a series of evening radio addresses the president would offer to the nation. They were a "direct connection" to the people. But asked whether those fireside chats could be compared to President Trump's tweets, Kearns Goodwin said there's a difference.

"The fireside chats took place over maybe 45 minutes or an hour. They explained problems to the people. He was speaking directly to each individual," she said. But the tweets "come extemporaneously," she said.

"They're not as prepared. Roosevelt used to spend weeks preparing each one of those fireside chats. He didn't want to say something that would hurt, not the right word. He went over them five or six times because he knew a president has a dignity, has a moment to speak to the people and it has to be right," Kearns Goodwin said.

With so much divisiveness in the political and cultural landscape in America today, Kearns Goodwin reminded the public "we've seen worse" and history can help provide perspective.

"Just imagine what it was like for Abraham Lincoln. He comes into office, the country's already split in two. More than 600,000 people are about to die [in the Civil War]. He later said if you ever imagined how anxious it would be, he couldn't have thought he lived through it," Kearns Goodwin said. "Even Teddy Roosevelt when he comes in after the assassination of McKinley, the country is split apart worse than it is now by the Industrial Revolution. The working class feels absolutely split off from the capitalists. There's immigrants coming in from abroad. There's a gap between the rich and the poor. There's a fear that there's going to be a revolution among the working people."

In short, she said, "We've lived through those times before." 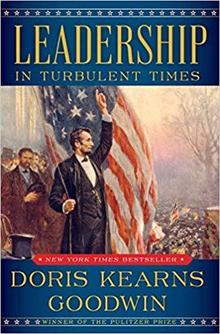