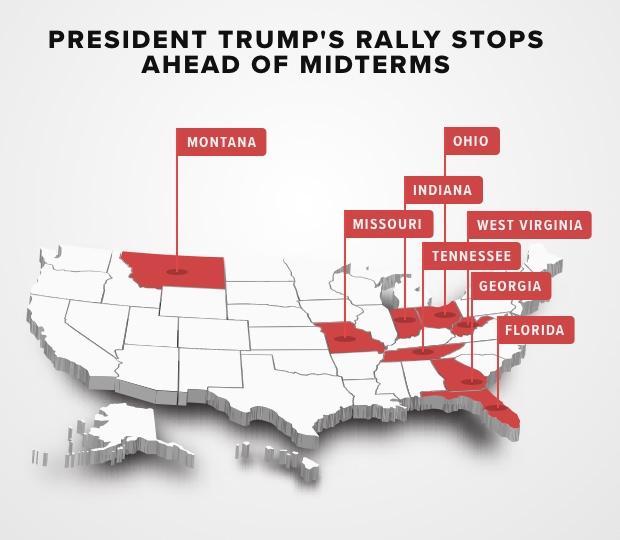 President Trump is in Missouri Thursday evening to rally for Republican Josh Hawley, who is challenging Democratic Sen. Claire McCaskill in an extremely close race that could determine party control of the Senate. This is the first of two times Mr. Trump is rallying in the state before Election Day; he is set to return to Missouri for his final pre-election rally on Monday evening.

Hawley, the state's attorney general, has tied himself closely to Mr. Trump during the race, and promised that he would vote in line with the president's priorities. McCaskill has tried to keep the race about local issues, especially health care. McCaskill has accused Hawley of wanting to strip health coverage for pre-existing conditions, which he denies. Hawley and the state of Missouri are currently engaged in a lawsuit to overturn the Affordable Care Act, which protects coverage for pre-existing conditions.

How to watch the Trump rally in Missouri:

Mr. Trump is making several appearances on the campaign trail before Tuesday, all in states which he won in 2016. The president has largely focused on illegal immigration in the days before the election, a topic which could motivate Mr. Trump's base to turn out and vote in the midterms even though he is not on the ballot.

In addition to his usual claims that Democrats support "open borders," the president has largely focused on a caravan of migrants en route to the United States from Central America, and which are several weeks away from arriving at the U.S.-Mexico border. Earlier on Thursday, Mr. Trump discussed illegal immigration at the White House.

At a rally in Florida Wednesday, he said that "we're getting prepared for the caravan. Folks, you don't have to worry about that." Most of the migrants are seeking asylum. Over 5,000 active-duty military troops have been sent to guard the border, and Mr. Trump reporters Wednesday that he may send up to 15,000 troops to the border, which is more than number currently deployed to Afghanistan.

This week, he has also threatened to end aid to some Central American countries, and in an interview that Axios aired Tuesday, he said he intends to end birthright citizenship by executive order. 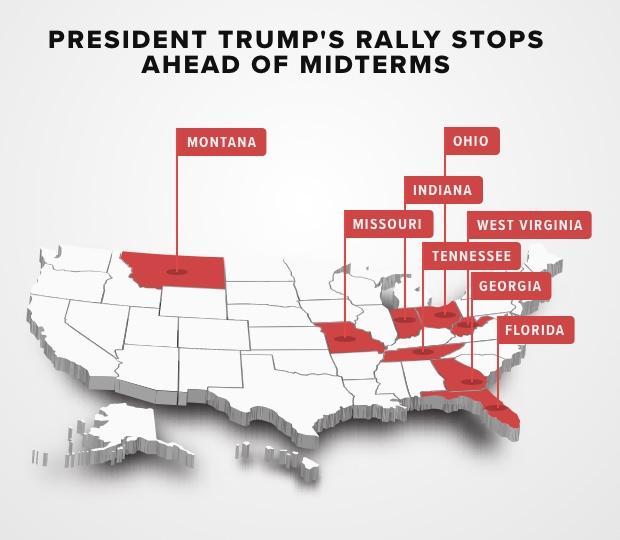