Phish fans got conned this Halloween when the legendary jam band continued its holiday tradition of covering a classic album. During the band's concert at Las Vegas' MGM Grand Garden Arena, they played "i rokk," the only album by a Scandinavian prog rock band called Kasvot Vaxt — a far cry from their covers of albums by artists like the Beatles, the Who and the Velvet Underground.

Kasvot Vaxt has an artist page on AllMusic, where it's described as "obscure even within the obscure realms of Scandinavian prog rock." The page continues, "Kasvot Växt released a single album in the early 1980s before drifting into the realms of myth. That album was named 'í rokk,' released on a label so small it was essentially a private press." The band members supposedly met while participating in a scientific research project.

But it appears this was all an elaborate hoax — a Phishing scam, if you will. Kasvot Vaxt doesn't really exist.

Phish also left Easter eggs about Kasvot Vaxt on Perfect Sound Forever and a blog post on the website of radio station WFMU. They even added some of Kasvot Vaxt's songs on WFMU's archived playlists. It's not clear when or how Phish dropped the clues.

The good news, of course, is that Phish fans were treated to original songs by the band.

This isn't the first time the band diverged away from its Halloween tradition, which began in 1994. In 2003, Phish debuted music from an upcoming album. 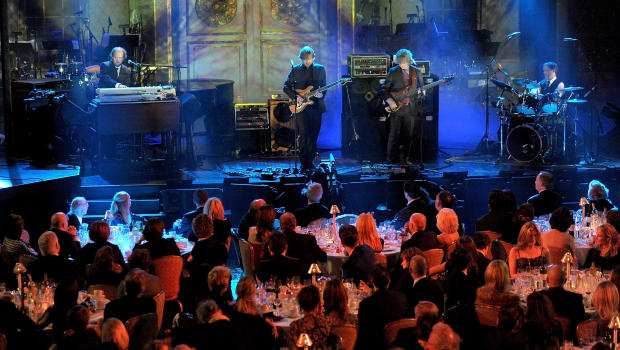