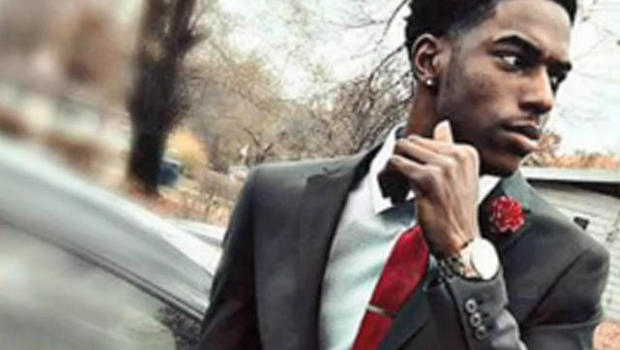 SPANISH LAKE, Mo. — Authorities are investigating the death of a Ferguson protester's son as a suicide, although a message on social media posted by his mother has sparked assertions that it was a lynching. Melissa McKinnies, who was active in the St. Louis suburb after the fatal police shooting of Michael Brown in 2014, posted the Facebook message, saying "They lynched my baby."

The message, which was later removed, began trending on social media sites such as Twitter and Reddit, causing people online and in the community to press officials for more answers about the death of 24-year-old Danye Jones.

In a message posted early Tuesday, McKinnies says she is "sick with grief but ready to get up and fight for my baby."

McKinnies found his body on October 17 hanging from a tree in the backyard of their home in Spanish Lake, in St. Louis County, reports CBS St. Louis affiliate KMOV-TV.

A police report lists "suicide" as the nature of the investigation.

McKinnies says Jones had bruises on his face. McKinnies and police say there was a chair near the body.

The posting showed pictures of McKinnies' son hanging from what appeared to be bed sheets.

Family members told KMOV the sheets used to hang him didn't come from their house and the knots used to tie the sheets were advanced. They said they don't believe Jones would have been capable of making those knots.

The medical examiner's determination of the cause of death could take several weeks. Administrator Suzanne McCune said the office doesn't issue preliminary findings.

McKinnies told KMOV she wants police to continue investigating her son's death. "A mother knows her child. He was not suicidal at all, at all," she said.

She added that Jones wasn't depressed and was in the process of starting a real estate business. "He was in good spirits," said McKinnies.

"Saying that he committed suicide, no, you're going to respect him," McKinnies said.

She told KMOV she believes there's more to the story. "What it appears to be to us is that somebody took my son," she said.

McKinnies told KMOV she thinks her family is being targeted.

In the last two months, they've been getting death threats through social media and those threats recently showed up at her doorstep.

"They watched my house and when my husband and my son would approach the car, they would drive off," said McKinnies.

She also said she's never reported the threats to police "because we felt like we had this, you know…" said McKinnies.

When asked by KMOV how she could link those threats to her activism over the Brown shooting, McKinnies she said she didn't want to get into details until a scheduled family news conference Thursday. In addition, a rally in support of Jones was scheduled for Thursday outside the St. Louis County Justice Center in Clayton, Missouri.

The Rev. Darryl Gray, a leading St. Louis activist who's met with McKinnies several times since her son's death, confirmed McKinnies' Facebook posting. Gray said it was Facebook, not McKinnies, who took it down.

McKinnies was among thousands who took to the streets in Ferguson, Missouri, after Brown's death on Aug. 9, 2014. Brown, a black and unarmed 18-year-old, was fatally shot by white officer Darren Wilson during a street confrontation. Wilson was not charged and later resigned, but the shooting led to months of protests and helped give rise to the Black Lives Matter movement.

Gray said he was unaware of any evidence indicating foul play. But he said McKinnies and other activists from Ferguson are often harassed and threatened via text and social media.

"She believes (Jones' death) was meant as a message to her," Gray said.

Police continue to investigate the deaths of two prominent Ferguson protesters, both of whom were found killed inside of torched vehicles – DeAndre Joshua in November 2014 and Darren Seals in September 2016. 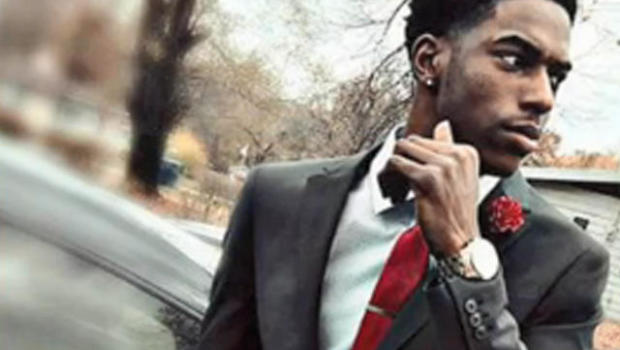 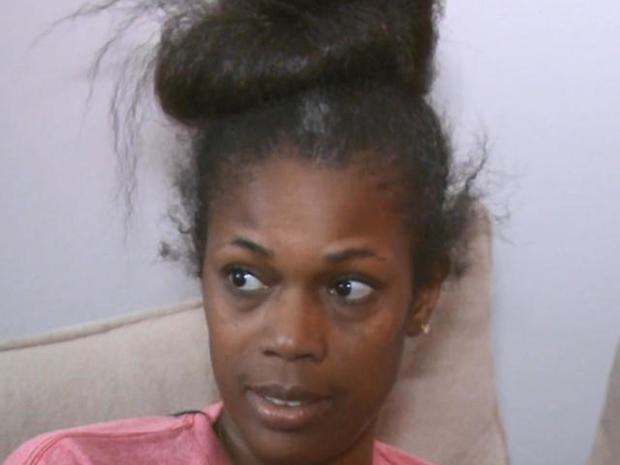