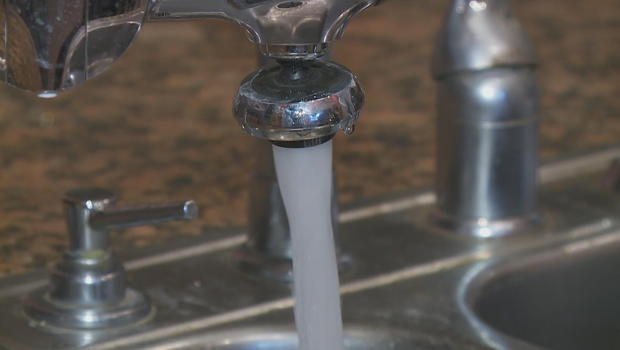 Roughly one-quarter of Newark children under six have detectable lead in their blood, and any level is dangerous, reports CBS News correspondent Anna Werner. The city heard about problems with lead in some of its schools back in 2016.

The water coming from Jordan's tap looks pure – but this year, she learned it contained lead levels nearly three times the federal rules – something she said she didn't expect because of what she'd been hearing from city officials.

"'Your water is fine. Everything is fine,'" Jordan recounted.

"That's what you heard from the city?" Werner asked.

"Yes, through several robocalls, through a press conference from our mayor, 'Everything is fine,'" Jordan said.

But the city is now telling residents in some areas their tap water is not fine: it contains lead above federal guidelines. They're handing out water filters and telling parents their babies and young children should not drink the water.

Mayor Ras Baraka said the problem comes from old water pipes found in some neighborhoods that leach lead into the drinking water.

The study report came back last month and found a problem at one of the city's two water treatment plants: the methods used to stop lead from leaching into drinking water from those old pipes? They weren't working.

"We acted immediately to address what was happening," Baraka said.

Erik Olson is with the non-profit group Natural Resources Defense Council. He said reports show the city's knowledge of lead in its water goes back to early 2017.

"The city has really been in denial and shrugged their shoulders and said our water is safe, people should drink it, until just a couple of weeks ago until we sued them and asked for an injunction on behalf of the citizens in Newark to clean up the water," Olson said.

The group is suing the city for violating the federal drinking water law, saying the lead levels are "some of the highest" of "any large city" nationally, a problem they compare to that of Flint, Michigan.

"A case similar to Flint, where the government was not telling people the truth," Olson said.

"You know I take offense to that because what happened in Flint is not what's happening here," Baraka said.

"Are you worried that some children may now have been exposed to lead?" Werner asked.

"Well, I'm worried that our kids are exposed to lead all of the time," Baraka said.

"But from this, from the water."

"No," Baraka said. "I think the water thing is sexy and everybody has jumped on it because of Flint… Water has not contributed in any significant way to the elevated lead levels in our children's blood. Lead-based paint and dust has done that in the city of Newark and, I would suspect, in many cities across America."

The city said it is now changing the way it treats water at that one treatment plant and is embarking on a program to replace those old lead pipes.

Meanwhile, the lawsuit is proceeding. A group Jordan belongs to has joined it, to try to force more action and answers out of the city. 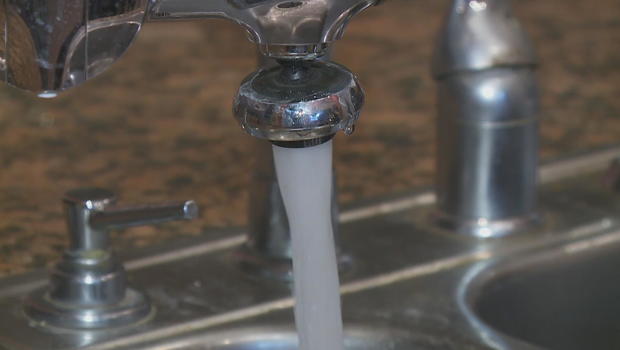