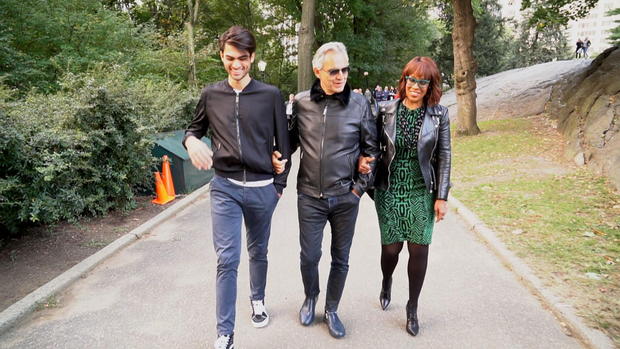 Award-winning classical singer Andrea Bocelli has sold more than 90 million albums worldwide. The renowned tenor and crossover artist, known for his collaborations with music superstars like Ed Sheeran, is now sharing the stage with someone else – his youngest son, Matteo, who appears on his father's first album of new music in 14 years, "Si."

The first time "CBS This Morning" co-host Gayle King heard "Fall on Me," Andrea and Matteo's duet, she wanted to cry. She could feel the emotion of the song – and for good reason. It's about the relationship between father and son.

"The song is beautiful because it's a very honest and inspired song," Andrea told her.

It wasn't until two years ago that Andrea says he even knew his youngest son could sing.

"Because he stayed at the piano, he knows music just for this… And one time his mother came to me and said, 'Have you heard Matteo sing?' And I said no. And she said, 'Listen to him because he's very nice,'" Andrea recalled.

The famed opera singer lost his sight at an early age after being hit in the head during a soccer game. But that never stopped him from participating in activities like horseback riding. Matteo admits he worries about it, "but that's his passion."

Andrea didn't find career success until his mid-30s, something he's thankful for. "It's better for the soul because success is very dangerous," he said. But music success is one thing Matteo won't have to wait for, with "Si" on track to become Andrea's first album to debut at No. 1.

"Matteo, what's your dream, as you sit here?" King asked.

"My dream is to have the success of my father."

To hear what Andrea Bocelli has to say about love at first sight, watch the video in the player above. 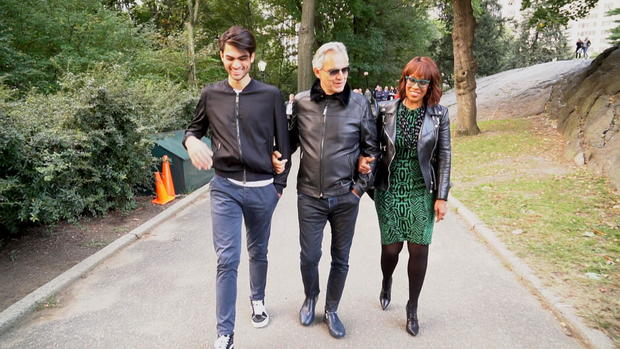