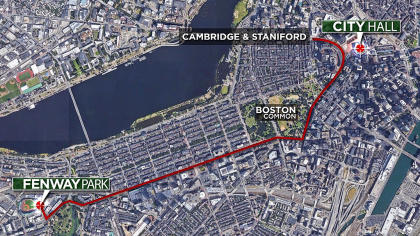 Red Sox players and coaches will be on duck boats for the parade, as is a Boston tradition. The parade route starts at 11:00 a.m. ET next to Fenway Park. If you're a Red Sox fan who can't be at the parade on Wednesday, here's how you can still watch the parade from afar.

The parade starts near the intersection of Ipswich and Boylston Streets next to Fenway Park and continues to down Boylston Street past Boston Common to City Hall. 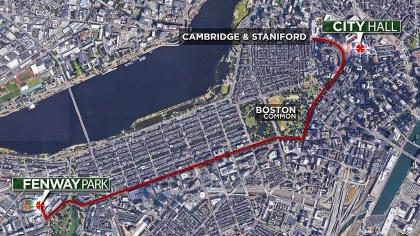 120 people freed after being trapped by snow for 5 days