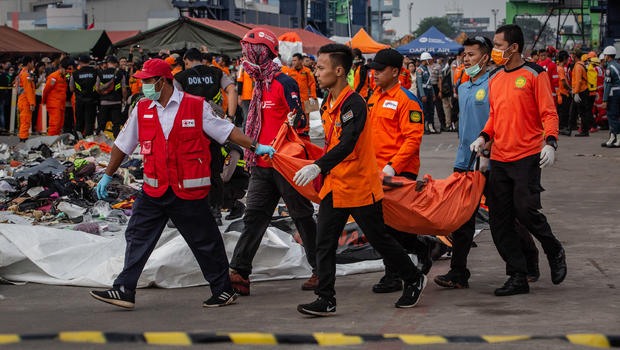 JAKARTA, Indonesia — A massive search effort has identified the possible seabed location of the crashed Lion Air jet, Indonesia's military chief said Wednesday, as Indonesian TV broadcast a smartphone video of passengers boarding Flight 610, its mundane details transformed into unsettling moments by knowledge of the tragedy that would transpire.

The 2-month-old Boeing plane plunged into the Java Sea on Monday just minutes after taking off from Jakarta, killing all 189 people on board.

Separately, the head of the National Transportation Safety Committee, Soerjanto Tjahjono, told reporters that pings detected by search teams are definitely from the aircraft's flight recorder because of their regular interval.

It showed passengers' boarding passes being checked and people walking along a concourse and then down stairs with bright red and white Lion Air jets visible on the tarmac.

At one point, the passenger who shot the video, Paul Ferdinand Ayorbaba, zooms in on the flight number on his boarding pass. A part of the video shows passengers walking up the mobile boarding stairs attached to a Lion jet.

"My husband sent that video to me via WhatsApp. It was his last contact with me, his last message to me," said Inchy Ayorbaba, interviewed at the Jakarta police hospital where she had taken her three children for DNA tests.

The messaging app's timestamps showed the video was sent about 35 minutes before the plane took off, said Ayorbaba, who first saw the message at 6:30 a.m., some 10 minutes after the plane departed, and then went back to sleep.

Anguished family members have been providing samples for DNA tests and police say results are expected within 4-8 days.

Musyafak, the head of Said Sukanto Police Hospital, said nearly 150 samples for testing have been collected but more are still needed, especially from parents and children of victims.

The disaster has reignited concerns about safety in Indonesia's fast-growing aviation industry, which was recently removed from European Union and U.S. blacklists. It has also raised doubts about the safety of Boeing's new generation 737 MAX 8 plane.

Boeing Co. experts are expected to arrive in Indonesia on Wednesday, and Lion Air has said an "intense" internal investigation is underway in addition to the probe by safety regulators.

Navy officer Haris Djoko Nugroho said the 72-foot-long object that could be part of the fuselage is at a depth of 105 feet. He said divers will be deployed after side-scan sonar has produced more detailed images. He said it was first located on Tuesday evening.

"There are some small objects that we found, but last night, thank God, we found a large enough object," he said.

Data from flight-tracking sites show the plane had erratic speed and altitude in the early minutes of a flight on Sunday and on its fatal flight Monday. Safety experts caution, however, that the data must be checked for accuracy against the plane's black boxes, which officials are confident will be recovered.

"What's the matter with this new plane?"

Several passengers on the Sunday flight from Bali to Jakarta have recounted problems that included a long-delayed takeoff for an engine check and terrifying descents in the first 10 minutes in the air.

Two interviewed on Indonesian TV recalled details such as a strange engine sound, a smell of burnt cables, and panicked passengers crying out for God to save them as the plane rapidly lost altitude. Later in the flight, a man who was either the captain or first officer walked through the plane and returned to the cockpit with what looked like a large manual.

Lion Air has said maintenance was carried out on the aircraft after the Sunday flight and a problem, which it didn't specify, was fixed.

Indonesia's Transport Ministry has ordered all Boeing 737 MAX 8 planes operated by Lion Air and national carrier Garuda to be inspected. Lion has ordered 50 of the jets, worth an estimated $6.2 billion, and currently operates nine.

The aircraft manufacturer told airlines in a bulletin, "Boeing has no recommended operator action at this time," according to two people familiar with the matter.

"Of course there are lots of things we will ask them, we all have question marks here, 'Why? What's the matter with this new plane?" Putut said. 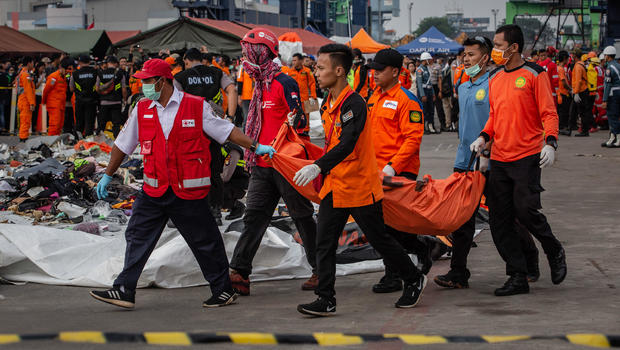