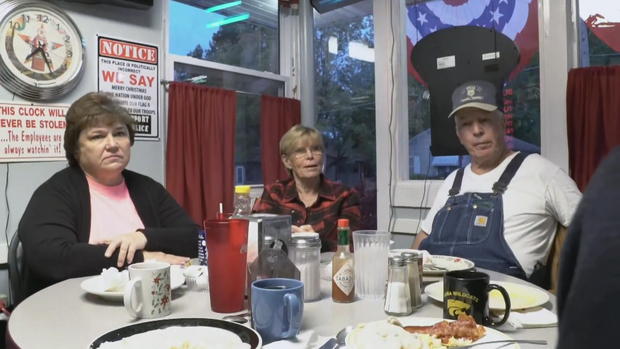 Control of the Senate hinges in part on a race in Missouri. Democratic Sen. Claire McCaskill is locked in a close contest with the state's attorney general, Josh Hawley. Missouri voted for President Trump in 2016 and has grown more conservative over time. CBS News contributor and host of NPR's Morning Edition, Steve Inskeep, took a road trip down historic Route 66 for three meals with Missouri voters: breakfast in a small town, lunch in a suburb and dinner in a city.

The trip started before dawn at Shelly's Route 66 Café in the small town of Cuba, Missouri – where friends gather, and strangers are made to feel welcome, their slogan goes.

There we found a group of small business owners, veterans, and retirees who all support the president. However, Sue Greenstreet is feeling dread. She's on Medicare.

"If they put everyone on Medicare, we seniors will be next in the line for bullet in the head… because they can't afford Medicare for everyone… it would not work," Greenstreet said.

"There's riots and people have become so divided. Instead of being American citizens, they decided to either be one side or the other. I think that that is just horrible," Nickel said.

Cuba is decorated with murals showing famous moments in the town's history, like an 1864 battle during the Civil War. It's a town that knows something about a divided country.

Ferguson, Missouri, a red area of the map, is where Michael Brown was killed by a police officer in 2014. Cathy and Jerome Jenkins kept their restaurant open during the protests that followed.

Today, their street has recovered and the Jenkins would like to see more black-owned businesses.

"My concerns about the community would be equal opportunities," Jerome said.

"If you've ever just went in to open something', there's so many papers, there's so many things you've got to do. There's so many taxes you have to file every month. It's like the system is made to be difficult," Cathy said, sounding a bit more like a Republican than a Democrat. "I don't want anyone ever to think that I think a Republican can't help me….It does sound like we have a few things in common, right?"

Just not their view of Obamacare, which cut the Jenkins' insurance costs. They want to elect a Democratic Congress to stop the president's attacks on it.

"He's doing things that I cannot even explain, so it's almost hard for me to speak because I can't believe that anybody else doesn't see it!" Jerome said.

At St. Louis's Schlafly Tap Room, Inskeep met flight attendant Jana Wayne, who didn't vote in 2016, and bartender Shea Bandera, who voted for Donald Trump. Both say he's done a better job than they expected. But for Bandera, there's one thing he doesn't agree with the president on: climate change.

Over at the bar at Schlafly's, Inskeep met a progressive couple who favors Democrats, but they know much of their conservative state will not.

"This isn't a zero sum world that we live in," her, partner John Shepherd, said of what he hopes Republicans will understand. "And it doesn't have to be that way, yet it seems as though it is. If I have a primary motivator it's that everyone's lives should be better. Not just mine – everyone's."

We'll find out soon which party gets their voters to show up in Missouri. President Trump will be holding rallies in the state twice before Election Day. 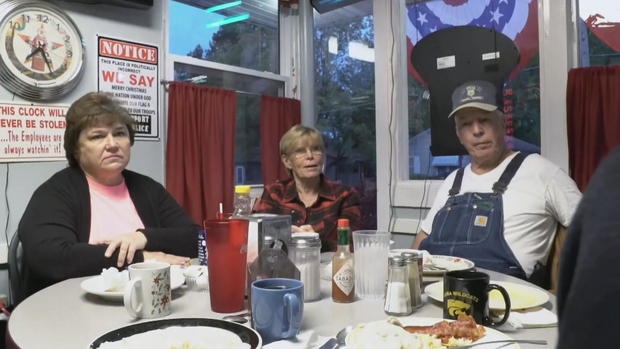 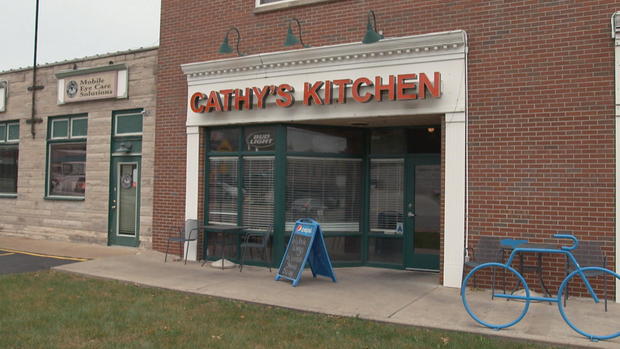 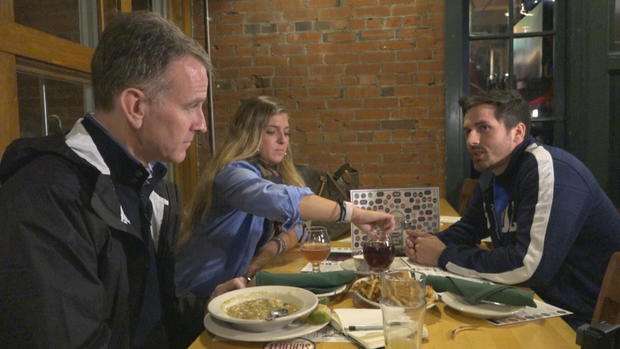