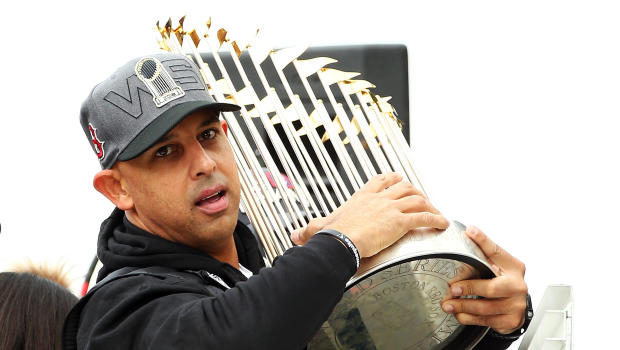 Red Sox fans threw beer cans at the team during the team's World Series victory parade through downtown Boston on Wednesday, which Mookie Betts said he spent most of the parade ducking. The Associated Press is also reporting that a beer can thrown during the parade hit one of Boston's four World Series trophies, slightly damaging it.

"This definitely has got to stop," Betts told The Boston Globe.

The Red Sox outfielder didn't have his gold glove with him, and couldn't corral a pair of cans that flew his way as the parade made its way through Copley Square, CBS Boston reports. It's a good thing everyone else on the duck boat was paying attention when the second can flew in.

A 19-year-old man from Sandwich, Massachusetts, was arrested for allegedly throwing a beer can at manager Alex Cora. He is being charged with assault and battery by means of a dangerous weapon and disorderly conduct.

Video tweeted by Sox fan Bo Tilly and taken in the same area as the arrest shows beer being thrown at Cora, who points into the crowd after being hit.

Most Red Sox players caught the libations thrown their way and enjoyed the suds. Reliever Matt Barnes showed off his sure hands by hauling in not one but two blue sodas that flew his way. Others decided to shake them up and let the crowd join in on the fun.

And then there was Rick Porcello. He took a beer bath after Boston's World Series-clincher in Los Angeles, and on Wednesday, took a beer shower during the parade.

The parade began Wednesday at Fenway Park and wound its way through several major downtown streets lined by fans numbering in the hundreds of thousands, some who arrived before dawn to stake out the best vantage point and many clad in Red Sox jerseys, sweatshirts and caps.

Bits of red, white and blue paper rained down on the crowd on the crisp autumn day as they waited for a glimpse of the ballplayers passing in the city's emblematic amphibious duck boats. The players and members of their families waved down in response from the open-roofed vehicles, and some players autographed balls and tossed them into the jubilant throng. 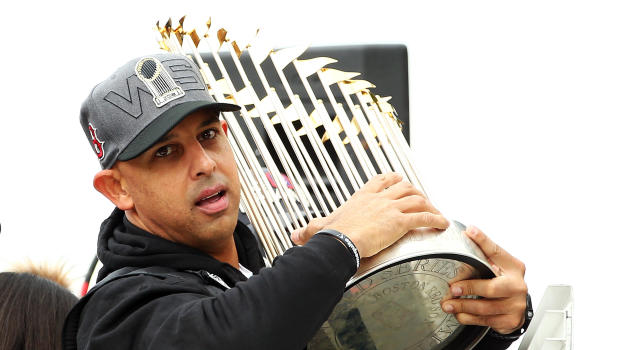 “I’m ready,” Mexican citizen says before being executed in Texas for...