Weeks after a visit to the White House, Kanye West says he's distancing himself from politics. He says he's been "used to spread messages" he doesn't believe in, and it appears that he's turned on his friend, far-right figure Candace Owens.

West tweeted that he is now going to focus only on being creative, and distanced himself from the "Blexit" that encourages black people to leave the Democratic party. Earlier, Owens claimed that West designed clothing for the Blexit campaign, but West said he has "nothing to do with it."

He said that his eyes are now "wide open," and thanked his friends and family for supporting his "ACTUAL beliefs and my vision for a better world." West outlined his causes specifically, including prison reform and "common sense gun laws."

Owens responded to West's comments and said in a statement, "I never once said that Kanye designed the t-shirts for BLEXIT. This is a lie that seems to have made its way around the world; a lie I would like to again correct for the record. Kanye was completely right to feel used in that regard and as I have done personally, I would like to publicly apologize to him for any undue stress or pain the effort to correct that rumor has caused him, his business relationships, or his family. He simply never designed them.

"I am a leader, and I would like to lead in this moment by stating that any and all confusion relating to this topic is therefore my fault, entirely.

"I would also like to publicly apologize to President Trump, as I know that Kanye's tweets were rapidly misinterpreted as a shot to this administration.

"His tweets were aimed at me and me only, rightfully, for my personal failings. I [bear] full responsibility."

But Fox News reported on Monday that Owens said, "Kanye saw my original design, and said, 'I can do it better.' It certainly was. He redesigned the logo with vibrant colors inspired by his trip to Uganda."

West has become one of the highest-profile celebrity supporters of President Trump. Earlier in October, he visited the White House and launched into a more than 10-minute, profanity-infused soliloquy. He claimed he was misdiagnosed with bipolar disorder and talked about his support for Mr. Trump, among many other topics. West also said he would wait until 2024 before he considers running for president, as not to get into Mr. Trump's way.

"He may not have expected to have a crazy mother***r like Kanye West run up and support but best believe we are going to make America great," West told those in the Oval Office.

West also recently clarified a comment he made about abolishing the 13th Amendment. He said that he wanted to "amend the 13th," because it allows enslavement or involuntary servitude for those who are in prison.

"Abolish was the wrong language," he said. "I misspoke. Amend is the right word." 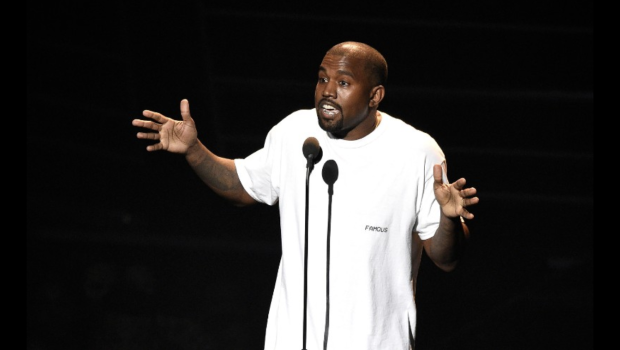