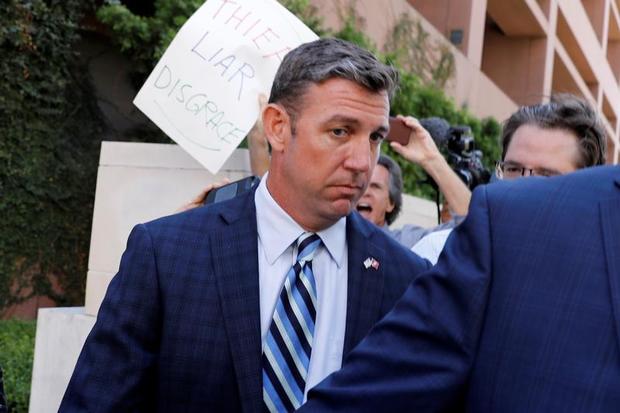 In solid-red San Diego County, a Duncan Hunter has been the congressman in California's 50th District for nearly four decades. The elder Duncan was first elected in 1980, and his son won 10 years ago.

But a federal indictment charged the younger Hunter and his wife in August with misusing $250,000 in campaign funds to allegedly pay for a family trip to Italy, a plane ride for their pet rabbit and shopping excursions. Some of the charges were written off as expenses "for the wounded warriors," according to the indictment.

That has left an opening for his opponent. Ammar Campa-Najjar is a Palestinian-Mexican-American, who worked in the Obama administration. But a fear-based attack ad calls him something else, saying, "He's used three different names to hide his family's ties to terrorism."

Campa-Najjar's grandfather was involved in the Munich Olympics massacre in which 11 Israeli athletes were killed. He died 16 years before Campa-Najjar was born. The candidate has condemned his actions, but the ad may have had its intended effect.

Campa-Najjar was born in San Diego and is Christian. Polls show Hunter still leading, but it's getting tight.

"If I had 10 years of a record to run on, I'd be running on that, not scare tactics and fear mongering," Campa-Najjar said.

What remains to be seen is whether this Democratic candidate can carry a district that is red and white, but rarely votes blue.

Polls show a majority of voters believe Hunter broke the law, but they're willing to overlook it to keep someone loyal to President Trump in office. They say if Hunter gets removed or goes to jail, they'll just vote in another Republican. 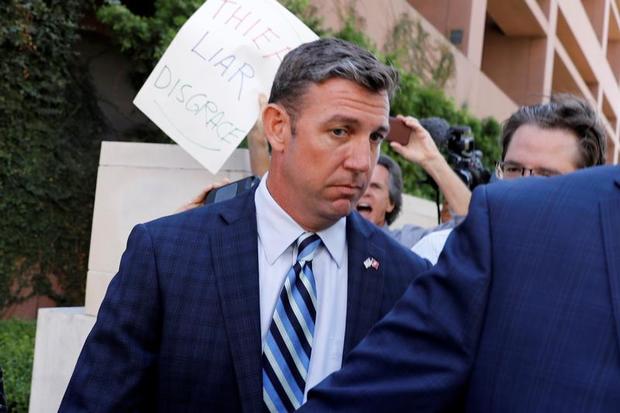 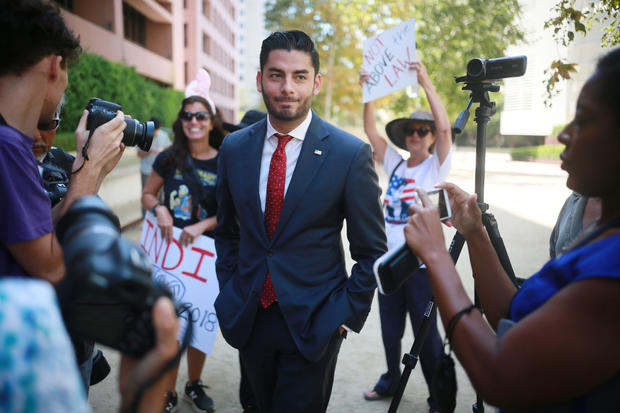