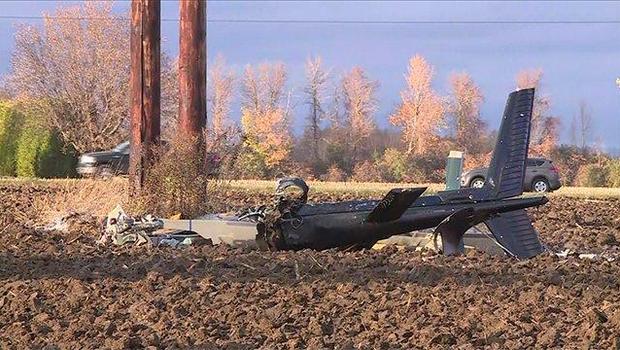 BEEKMANTOWN, N.Y. –Two utility workers were killed and two others were hurt when their maintenance helicopter got caught on power lines and crashed in rural northeastern New York, state police said. Two others on the burning helicopter survived after leaping to the ground.

Pieces of the aircraft dangled from power lines late Tuesday afternoon before falling beside cornfields in Beekmantown, about 20 miles south of the Canadian border near Lake Champlain.

The Federal Aviation Administration said the Aerospatiale AS355F2 helicopter came in contact with power lines and caught fire at 4:16 p.m. The agency will investigate. The helicopter is owned by Catalyst Aviation, LLC of Hammonton, New Jersey, according to state police.

All four workers on the helicopter jumped from the chopper, falling about 40 feet to the ground, the Plattsburgh Press Republican.

Video posted to social media appears to show the immediate aftermath of the crash.

Police said the injured occupants were treated and released from the hospital.

CBS affiliate WCAX reports police said the investigation continued overnight and there is no danger to people in the area.

Transmission line inspection and maintenance is traditionally carried out by workers who climb tall line towers or use a helicopter with a four-person crew. Both methods are very risky. 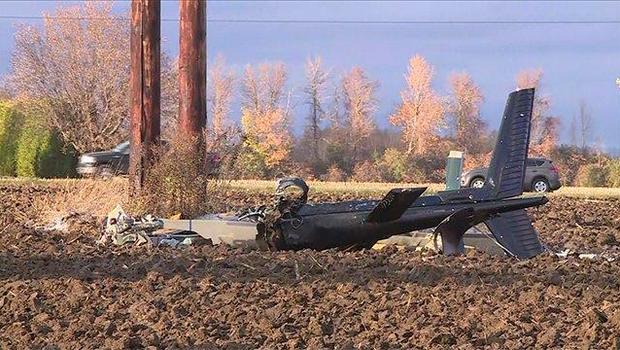