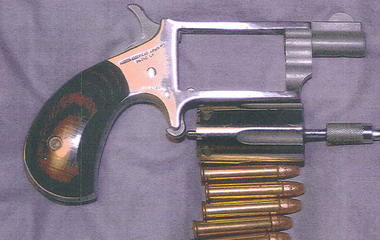 Officials with the Federal Bureau of Prisons say Bulger died Tuesday, the day after he was transferred to USP Hazelton, a high-security prison in West Virginia with an adjacent minimum security satellite camp. Bulger's death is being investigated as a homicide, according to a prison union official.

Justin Tarovisky is the executive vice president of The American Federation of Government Employees Local 420, which represents workers at USP Hazelton. He tells The Associated Press that Bulger would be the prison's third homicide this year. Richard Heldreth, the union's vice president, told CBS affiliate WPRI the prison is understaffed and short about 40 officers.

The Department of Justice says Bulger was found unresponsive in his cell around 8:20 a.m. Prison staff attempted life-saving measures, but Bulger was later pronounced dead by the Preston County Medical Examiner. The FBI says it is investigating.

Bulger, the model for Jack Nicholson's ruthless crime boss in the 2006 Martin Scorsese movie, "The Departed," led a largely Irish mob that ran loan-sharking, gambling and drug rackets in the Boston area. He also was an FBI informant who ratted on the New England mob, his gang's main rival, in an era when bringing down the Mafia was a top national priority for the FBI.

Bulger had been serving a life sentence after being convicted in 2013 in a sweeping racketeering indictment, including on counts of participating in 11 murders in the 1970s and 1980s. The sensational trial included graphic testimony from three former Bulger cohorts: a hit man, a protege and a partner.

Patricia Donahue, the wife of 1982 Bulger murder victim Michael Donahue, told CBS Boston the news of Bulger's death brought closure for her and her family.

"We're very happy that the man is not here any longer, because we don't have to hear his name ever again," Donahue said. "Myself, I'd like to open up a champagne bottle and celebrate."

Bulger fled Boston in late 1994 after his FBI handler, John Connolly Jr., warned him he was about to be indicted. With a $2 million reward on his head, Bulger became one of the FBI's "Ten Most Wanted" criminals, with a place just below Osama bin Laden.

When the extent of his crimes and the FBI's role in overlooking them became public in the late 1990s, Bulger became a source of embarrassment for the FBI. During the years he was a fugitive, the FBI battled a public perception that it had not tried very hard to find him.

After more than 16 years on the run, Bulger was captured at age 81 in Santa Monica, California, where he had been living in a rent-controlled apartment near the beach with his longtime girlfriend, Catherine Greig.

Bulger, nicknamed "Whitey" for his bright platinum hair, grew up in a gritty South Boston housing project and became known as one of the most ruthless gangsters in Boston. His younger brother, William Bulger, became one of the most powerful politicians in Massachusetts, leading the state Senate for 17 years.

In working-class "Southie," Jim Bulger was known for helping old ladies across the street and giving turkey dinners to his neighbors at Thanksgiving. He had a kind of Robin Hood-like image among some locals, but authorities said he would put a bullet in the brain of anyone who he even suspected of double-crossing him.

A lawyer who represented Bulger at his federal trial, J.W. Carney Jr., said Bulger had been sentenced to life in prison, but "as a result of the decisions made by the Federal Bureau of Prisons, that sentence has been changed to the death penalty."

Carney didn't specify what decisions he was referring to, and said he would have no further comment. Bulger had recently been moved from a prison in Florida to a transfer facility in Oklahoma City. Bureau of Prisons officials and his attorney declined last week to comment on why he was being moved.

Tom Duffy, a retired state police detective who searched for Bulger and was a consultant on "The Departed," called word of Bulger's death "celebratory news."

"Killing people was his first option," Duffy said after Bulger was finally captured in June 2011. "They don't get any colder than him." 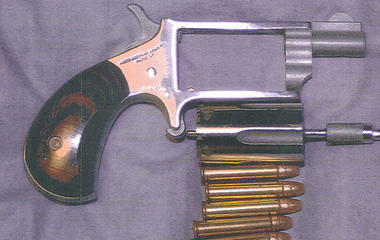 3 Confederate monuments in North Carolina to remain on Capitol grounds