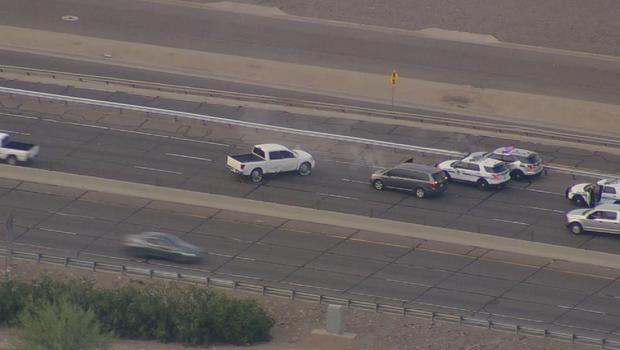 PHOENIX — Authorities say a suspect is dead after a police chase and shooting on Interstate 17 that has left three state troopers injured. Arizona Department of Public Safety officials say a suspect wanted for attempted carjacking fired shots during a police pursuit on the freeway.

Live television video showed a suspect in a white truck being pursued around 5 p.m. Monday before a DPS trooper in a patrol SUV performed a PIT maneuver, which attempts to force a fleeing car to turn sideways.

DPS said the suspect was pronounced dead at the scene.

His name hasn't been released.

Phoenix police say three DPS troopers suffered non-life threatening injuries and two of them were transported to a hospital for treatment. KHPO reports the officers were injured by broken glass. 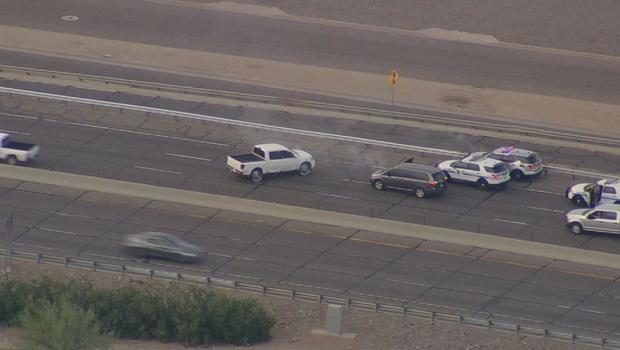 United flight diverted to military base, passengers spent the night in...