Olympic snowboarder Shaun White is apologizing after his Halloween costume sparked controversy. White dressed up as Simple Jack, a disabled character from a movie within "Tropic Thunder," played by Ben Stiller's actor character in the film. Simple Jack is a parody of characters like Forrest Gump or Raymond from "Rain Man."

Soeren Palumbo, co-founder of the Special Olympics, said in a statement, "We are truly disappointed that Shaun White, an acclaimed Olympian, would choose this costume which is so offensive and causes so much pain. Disability is not a joke nor should it be a punchline. We hope that Shaun White and others learn that this just continues stigma, stereotypes and discrimination."

White deleted the photo of himself and posted an apology on Instagram. He wrote, "I owe everyone in the Special Olympics community an apology for my poor choice of Halloween costume the other night. It was a last minute decision. It was the wrong one."

"The Special Olympics are right to call me out on it," he added. "They do great work supporting many tremendous athletes and I am so sorry for being insensitive. Lesson learned."

This isn't the first time the Simple Jack character has sparked outrage. In 2008, when the movie was released, protesters decried the use of the word "retard" in the film, with people from organizations like the Special Olympics and the American Association of People with Disabilities protesting the film across the street from its premiere. They held signs that said "Call me by my name, not by my label."

"Tropic Thunder" was also controversial for its use of blackface. In the film, Robert Downey Jr. plays actor Kirk Lazarus, a white man cast to play a black soldier. He said he was satirizing over-the-top actors, not African-Americans.

Of course, White is not the first celebrity this year to get slammed over Halloween costume-related issues. "Megyn Kelly Today" was canceled after its namesake host defended blackface Halloween costumes on the show last week. 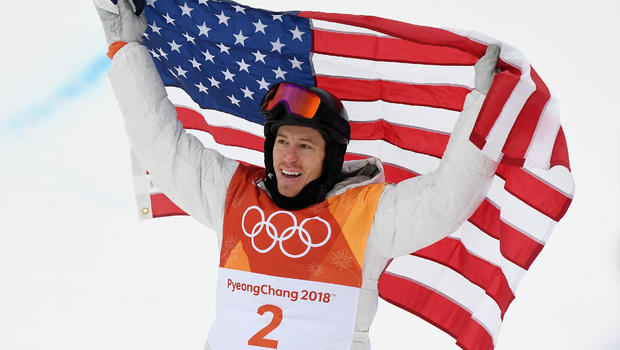 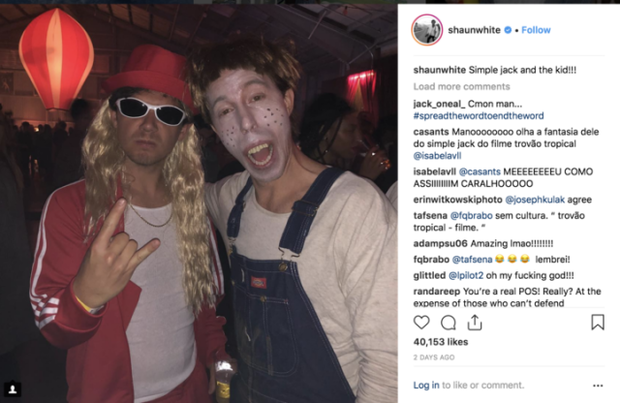