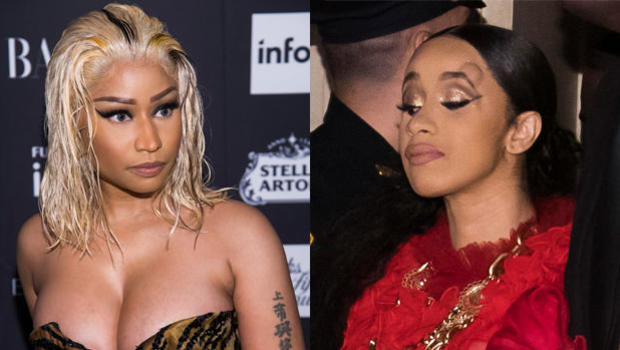 Well, that was fast. Just hours after Cardi B slammed Nicki Minaj in multiple posts on Instagram, the two have called a truce — for now, at least. Late Monday, Minaj posted a tweet saying, "Ok you guys, let's focus on positive things only from here on out. We're all so blessed. I know this stuff is entertaining & funny to a lot of people but I won't be discussing this nonsense anymore. Thank you for the support & encouragement year after year. Love you."

Cardi posted a screenshot of the tweet on her Instagram and wrote to Minaj, "alright then! Let's keep it positive and keep it pushing!"

Earlier on Monday, Minaj had talked trash about Cardi on her Beats 1 "Queen Radio" show, claiming her friend Rah Ali beat up the "Bodak Yellow" rapper at the Harper's Bazaar Icons party in New York, not security guards.

"You went home and told people security hit you, and we let that ride for legal reasons," Minaj said. "Anybody that wanna pull up the surveillance footage, I will give you $100,000."

"You can't control your sister, but you want me to control millions of fans," Minaj said. "I've never leaked a number in my life and y'all continue to lie on me to make me look like a bad person." Minaj said that Cardi turned her husband, Offset, and rapper 21 Savage against her too.

"It was clear she wanted to turn them against me and that's what she did," Minaj said.

"You lie so much you can't keep up with your f**ing lies," Cardi said. "First you say you've got the footage, but then you say you wanna pay somebody $100,000 if they give you the footage? Make sense when you're talking."

She also appeared to reveal Minaj's phone number by showing her fans a call log of when she allegedly tried to call Minaj.

The exchange was the latest battle in their feud. In September, Cardi lunged at Minaj and reportedly threw one of her shoes at her.

Later, on Instagram, Cardi appeared to talk about the fight and said that the person she attacked had spoken ill of her in the past. She said that she only decided to fight once she heard that the person also slammed her parenting skills. Minaj called the fight "mortifying" and "humiliating." 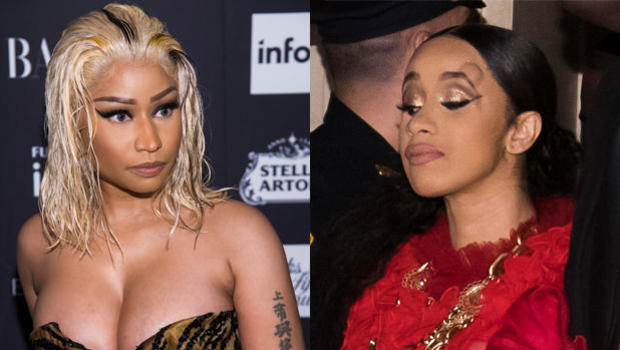