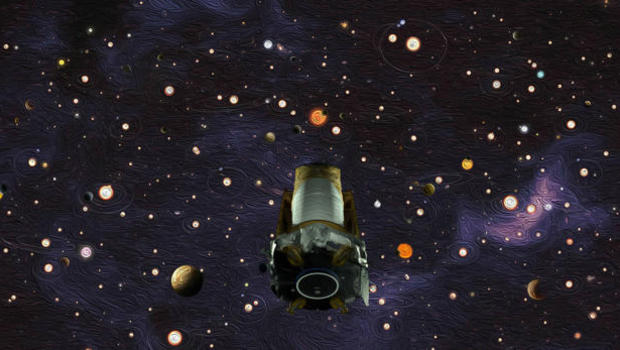 NASA's Kepler spacecraft, which discovered more than 2,680 exoplanets orbiting distant stars and allowed scientists to statistically show billions more must exist across the Milky Way, has finally run out of fuel, bringing one of NASA's most scientifically productive projects to an end after an extended nine-and-a-half year mission, mission managers said Tuesday.

"The Kepler mission has been an enormous success," said Bill Borucki, the original Kepler principal investigator and leader of the team that convinced NASA to build and launch the $692 million mission in 2009.

"We have shown there are more planets than stars in our galaxy, that many of these planets are roughly the size of the Earth and some, like the Earth, are at the right distance from their star that there could be liquid water on the surface, a situation conducive to the existence of life," Borucki said.

Paul Hertz, director of astrophysics at NASA Headquarters, said the Kepler mission "revolutionized our understanding of our place in the cosmos."

"Before we launched Kepler, we didn't know if planets were common or rare in our galaxy," he said. "But now we know … that planets are more common than stars in our galaxy. Now we know there are billions of planets that are rocky like the Earth and are orbiting their stars in the habitable zone, or the Goldilocks zone, where their temperatures might be conducive to water on the surface."

Launched atop a Delta 2 rocket on March 14, 2009, Kepler was boosted into an orbit around the sun, trailing the Earth and aiming its 95-megapixel camera at a patch of sky the size of an out-stretched hand near the constellation Cygnus that contains more than 4.5 million detectable stars.

Of that total, the science team picked some 300,000 that were the right age, composition and brightness to host Earth-like planets. Over the life of the mission, more than 100,000 of those stars were actively monitored by Kepler.

The spacecraft's camera was not designed to take pictures like other space telescopes. Rather, it served as a sensitive photometer, continuously measuring the brightness of stars in its wide field of view, on the lookout for the tell-tale dimming that occurs when a planet passes in front of its sun as viewed from Earth.

By studying slight changes in the "light curve" produced by planetary transits — comparable to watching a flea creep across a car's headlight at a distance of 100 miles — and the timing of repeated cycles, computer analysis could tease out potential Earth-like worlds in habitable-zone orbits.

"And because of Kepler, we know that solar systems come in a variety of configurations completely unlike our own, solar systems with Jupiters orbiting their stars in only a few days, solar systems with small, rocky planets packed inside the orbit of Mercury, so close that the planets are in resonance with each other."

To make such discoveries, Kepler relied on three spinning "reaction wheels," with a fourth available as a spare, to keep the spacecraft rock-steady during its science observations. Small rocket thrusters were used to counteract the slight pressure exerted on the spacecraft by sunlight.

On July 14, 2012, one of the reaction wheels failed, leaving the spacecraft without a backup. Then on May 11, 2013, a second wheel malfunctioned. Engineers tried to find a workaround, but they were not successful.

The community then came up with a novel plan to use two wheels and light pressure to achieve the pointing accuracy and steadiness required. Science operations resumed in 2014, kicking off an extended mission known as K2.

But all of that took rocket fuel, and last June, engineers saw a major drop in fuel tank pressure, indicating the spacecraft's tank was nearly empty. Two weeks ago, it finally exhausted the last of its propellant.

Engineers managed to downlink all the final science data stored aboard the spacecraft before control was lost.

"In the end, we didn't have a drop of fuel left for anything else," said Charlie Sobeck, project system engineer.

"Because of fuel exhaustion, the Kepler spacecraft has reached the end of its service life," he said. "While this may be a sad event, we're by no means unhappy with the performance of this marvelous machine. Kepler's nine-and-a-half-year flight was more than twice the original target."

Jessie Dotson, Kepler project scientist at NASA's Ames Research Center, said, "I guess I feel like it was the little spacecraft that could. It always did everything we asked of it and sometimes more."

A new, state-of-the-art planet hunter — the Transiting Exoplanet Survey Satellite, or TESS — was launched last April. It is designed to cover an area 400 times larger than Kepler could manage and is expected to find some 20,000 or more exoplanets during the course of its mission.

"Because of Kepler, what we think about our place in the universe has changed," Hertz said. "The Kepler spacecraft may now be retired, but the Kepler data will continue to yield scientific discoveries for years to come. And the Kepler mission has paved the way for future exoplanet-studying missions." 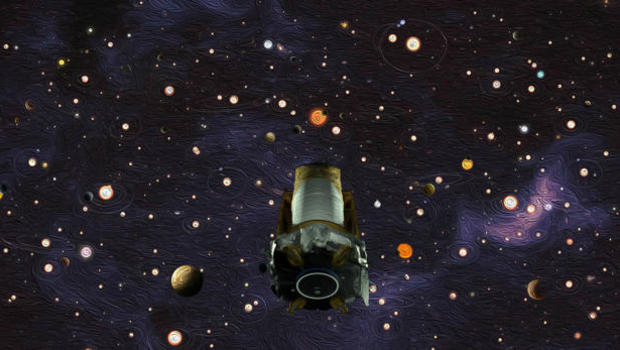 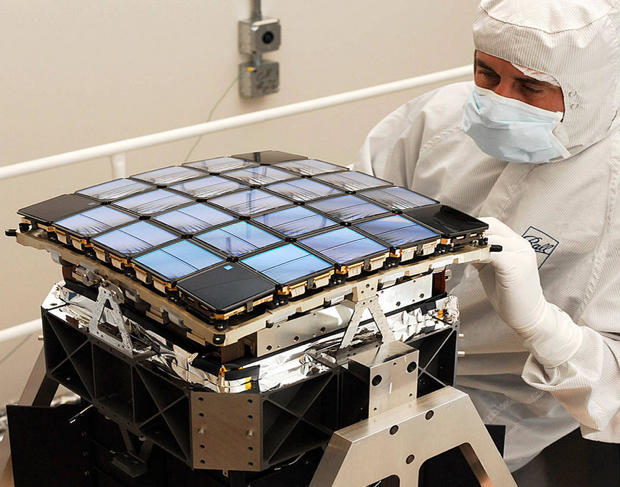 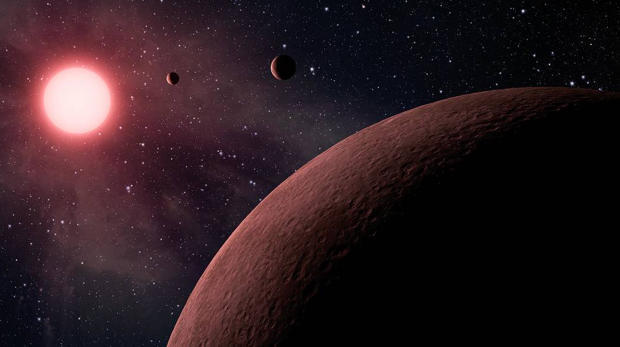 “We are a long way from a full recovery,” Fed's Powell...