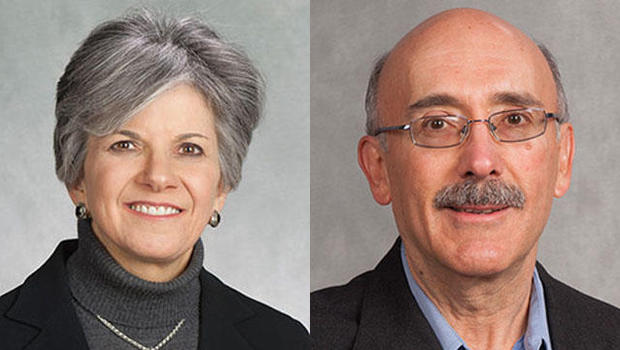 PEORIA, Ill. — The son of a Bradley University professor and her husband who were reported missing was one of two men arrested in the connection with their deaths, authorities announced Monday. Jose Ramirez, 21, is charged with first-degree murder in the deaths of his parents, Susan Brill de Ramirez and Antonio Ramirez Barron, said Peoria County Sheriff Brian Asbell. Matthew Roberts, 21, is charged with obstruction of justice and concealment of a homicidal death.

The victims, who are both 63, last reported to work on Thursday at the university in Peoria and were reported missing over the weekend. Brill de Ramirez is an English professor, while Ramirez Barron works in the school's information technology department.

The sheriff didn't go into details on what led to the arrests, but said they were based on a confession. According to CBS Chicago, Ramirez allegedly told investigators he killed his parents and threw their bodies off a bridge.

The couple's bodies are believed to be somewhere in rural Henry County, Asbell said. The sheriff's department is working with the Department of Natural Resources and the Henry County Sheriff's Office to recover the bodies.

Deputies found blood inside the Princeville home of the couple after being called there Sunday night by a relative, the sheriff said, adding that it's believed the two have been dead since Friday morning.

"I'll say this, there's evidence at the scene that supports an act of violence occurred inside this house," Asbell told CBS Chicago.

Investigators have not discussed a possible motive. 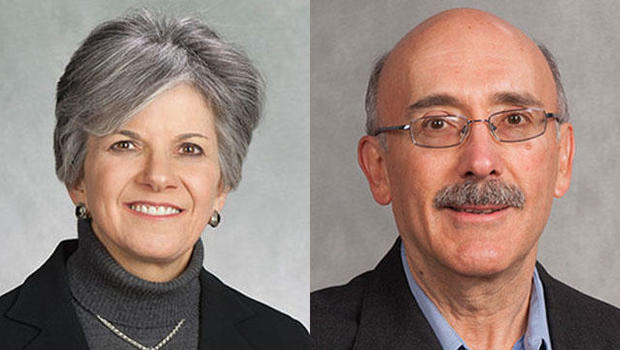