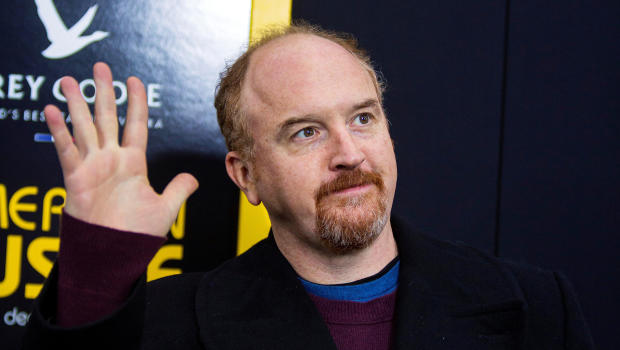 Louis C.K. is officially back to performing stand-up comedy, nearly a year after he admitted last November to multiple sexual misconduct accusations. Though C.K. made several surprise appearances recently at New York comedy club The Comedy Cellar, the club advertised his name for the first time since his fall from grace on Monday night. His detractors made it clear, though, that they have not forgiven him.

Two women protested outside the club on Monday with signs that read, "When you support Louis C.K., you tell women your laughter is more important than their sexual assaults and loss of their careers," and "Does this sign make you uncomfortable, Louie?"

One of the protesters, Jennifer Boudinot, told the New York Times of C.K.'s advertised return, "Frankly, I was furious. Every female comedian he has harmed deserves a place on the Comedy Cellar stage one hundred times before he should be allowed back on the stage."

Noam Dworman, the owner of The Comedy Cellar, said of the backlash, "We've taken a lot of criticism for surprising people with his unannounced performances. I'm afraid now we will be criticized for the opposite." The Comedy Cellar has a new policy that allows patrons to leave with their check "on the house" if they do not want to see a performer.

But not everybody shared the protesters' disdain. The Times reports that several pedestrians tried to get standby seats to the sold-out show. C.K. performed at the 9:30 show and again at the 11:30 show. C.K. also reportedly addressed his controversy during his set, saying he lost $35 million "in an hour" and said, "I need to make jokes because I need an income." He also claimed he went through hell, saying, "Hard things, you survive them or you don't. I think even hell you can survive. Hell is not that bad. I've been there."

In August, C.K. made headlines when he made his first comeback performance at the Cellar. At the time, audience members said that C.K. mentioned that he knew not everybody was happy to see him perform. At another appearance earlier this month, two women left the show, the club told the New York Times.

The backlash was swift. Indie distributor The Orchard canceled his movie, "I Love You, Daddy," FX ended its production deal with him and HBO edited him out of "Night of Too Many Stars."

Universal Pictures and Illumination terminated their relationship with C.K. on "The Secret Life of Pets 2." Netflix also said it would not produce a second planned stand-up special starring the comedian, citing his "unprofessional and inappropriate behavior." He had been tapped for two specials. His publicist, Lewis Kay, quit working for him, as well. 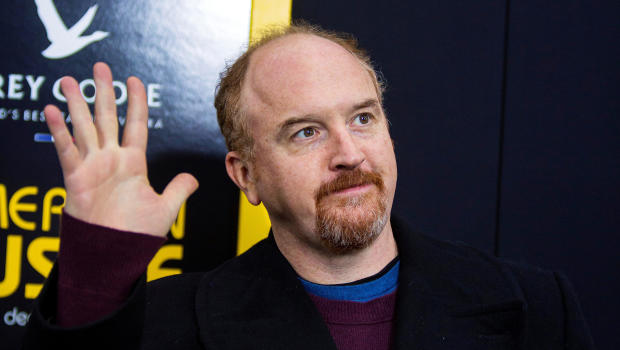 Watch Live: Officials give update on National Guard in D.C.