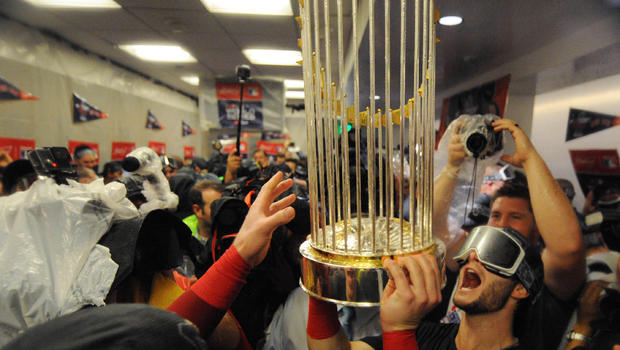 MLB's The Cut shared video from inside the clubhouse showing Sox players trolling their nemesis by singing the iconic song. Sox pitcher Eduardo Rodriguez is seen holding a bluetooth speaker on his shoulder with the Sinatra song playing.

The move was one last dig at the Yankees — and a little bit of revenge — after Aaron Judge played the famous song inside Fenway Park following New York's Game 2 win in Boston in the American League Divisional Series. CBSSports.com reports the song is played in Yankee Stadium after every Yankees victory, and the move was seen as some sort of trolling from the Yankees superstar right fielder. The Red Sox went on to win the next two games over the Yankees to take the series.

After not winning a championship ring in 86 years, the Sox have now won more rings (4) than the Yankees (1) since 2004. But the Yanks still have the most titles of any Major League Baseball team (27) — three times more than the Sox (9).

Still, in the world of sports and dedicated fandom, some made sure to remind Yankees and their fans about the current state of affairs. Chants of "Yankees suck !" emerged at both Fenway Park in Game 1 and at Dodgers Stadium for Game 5 .

The Red Sox' musical dig may also be a sign that Boston has its eyes on New York. Las Vegas-based betting site Westgate Superbook has the Sox and Yankees in the top five teams with the highest odds to win the World Series next year, CBS Sports reports. 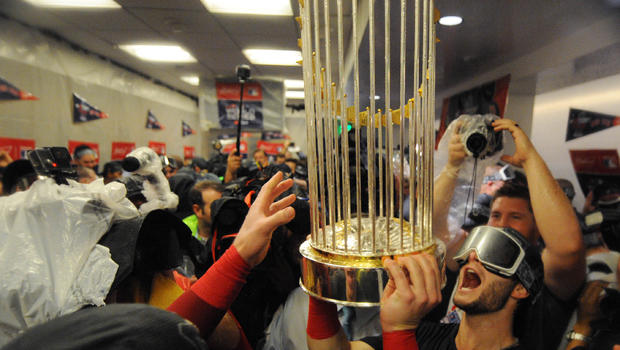