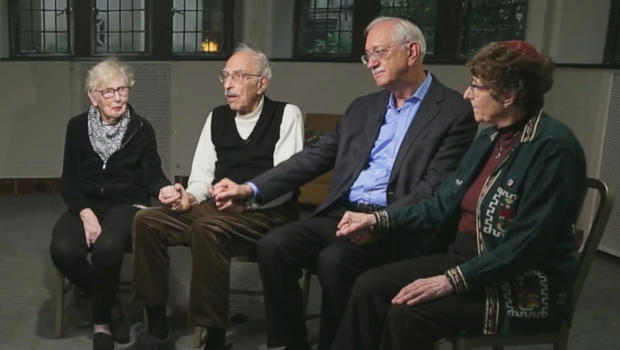 They were a few minutes late on Saturday. They said that's why they are alive today.

Rabbi Doris Dyen, her husband Deane Root, and their friend Seymour Drescher knew some of the victims of the mass shooting at the Tree of Life synagogue in Pittsburgh, where 11 people were killed and six injured, when an armed man walked in, yelled "All Jews must die," and opened fire. Robert Bowers, 46, has been arrested and faces homicide and hate crime charges.

They told "CBS Evening News" anchor Jeff Glor they are still haunted by the mass shooting.

Rabbi Dyen and her husband had driven up to the synagogue shortly after the shooting began, and very nearly got caught up in the gunfire. "There were shards of glass all over the sidewalk. And at the same moment, we heard ba-boom, ba-boom ba-boom ba-boom," she said.

Her husband, Deane, yelled, "It's active gunfire. Run!" They ran to their car, and dialed 911.

"Have you processed that?" Glor asked.

Seymour Drescher, also late, was driving in when he saw them waving and yelling "Don't go in."

"And then somebody else came running out and said, 'There are guns! Guns going off inside!'" Drescher said.

Ruth Drescher told Glor, "Not having been there, my gratitude was very selfish. I was very grateful that he came home."

"Deane, I noticed before the interview started that you were holding your wife's hand and you were also holding Sy's hand."

"The way to respond to a moment of trauma is to reach out, to help each other," Root replied.

Rabbi Dyen says she doesn't know if she can ever return to the synagogue. 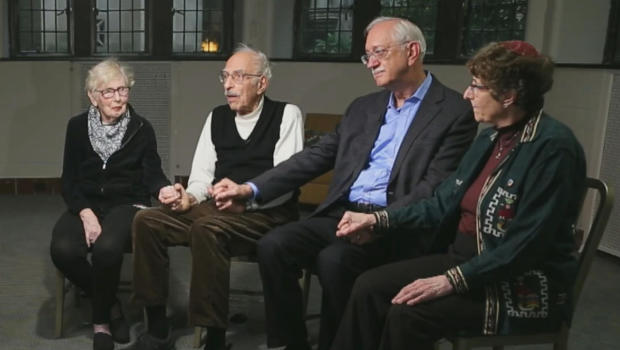