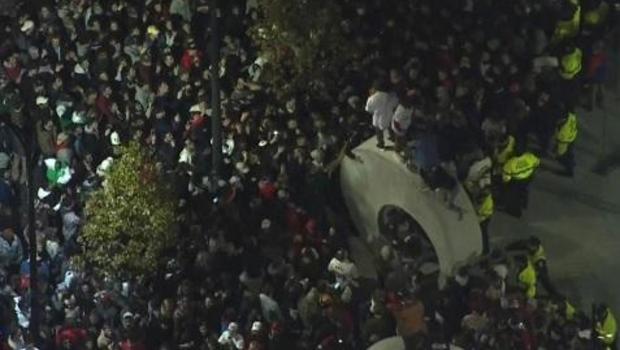 BOSTON — The celebration began on the streets of Boston immediately after the Red Sox won the World Series in Los Angeles, CBS Boston reports. Crowds were jubilant as they moved around Boston Sunday night.

The Red Sox beat the Dodgers, 5-1, to clinch the franchise's ninth World Series title and fourth in 15 years.

SEE MORE: Complete coverage of the World Series from CBSSports.com

Boston Police shut down several streets around Fenway Park before the game concluded.

Next up: the city honoring the Red Sox with a parade, Tuesday or Wednesday. 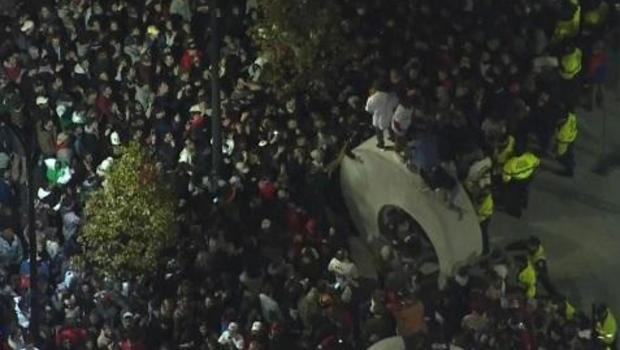 Trump has his annual physical

Here are the questions Democrats intend to ask Matt Whitaker