The flag, designed by an Arizona trans woman, made its debut in 2000 at a pride parade in Phoenix.

The website Into reports the protest was planned by members of the [email protected] Coalition, a Los Angeles-based activist organization that advocates for the rights of transgender Latinx people. Latinx is a gender-neutral term.

The flag was eventually removed. It was unclear whether it was taken down by the activists who brought it or by stadium security, and FOX's television broadcast didn't show either the flag or its removal.

Supporters of transgender rights have been galvanized in recent days after reports the Trump administration is planning to roll back Obama-era protections for trans people and to legally define gender as an immutable, biological trait.

The Dodgers lost the game, 5-1, giving the Red Sox their fourth World Series championship in 15 years.

Afterwards, Red Sox manager Alex Cora said it was too soon to say whether the team would accept an invitation to the White House if Mr. Trump extends one. 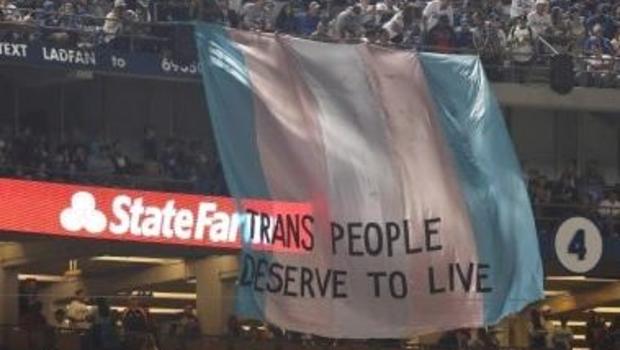 Zinke defends himself against investigations after leaving office