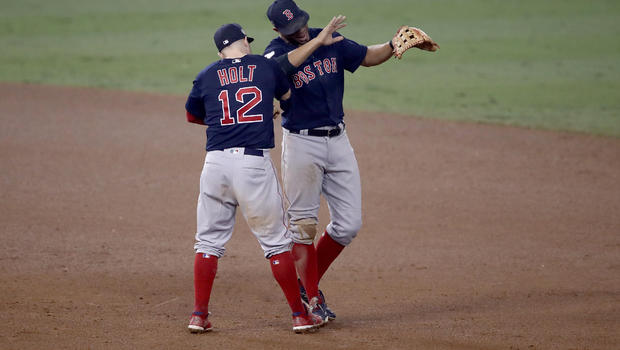 Steve Pearce hit a tying homer in the eighth and a three-run double in the ninth, and the Boston Red Sox rallied from a four-run deficit in the seventh inning for a 9-6 win over the Los Angeles Dodgers on Saturday night. The Red Sox took a 3-1 World Series lead.

Craig Kimbrel gave up Enrique Hernandez's two-run homer in the bottom half before getting the final three outs.

Chris Sale starts for the Red Sox on Sunday against Clayton Kershaw, tying to close out Boston's fourth title in 15 seasons.

Saturday night's victory came just 17 hours after the marathon Game 3 ended, which lasted for 18 innings before Max Muncy hit a walkoff home run to give the Dodgers a 3-2 victory. At over seven hours, it was the longest World Series game in history. 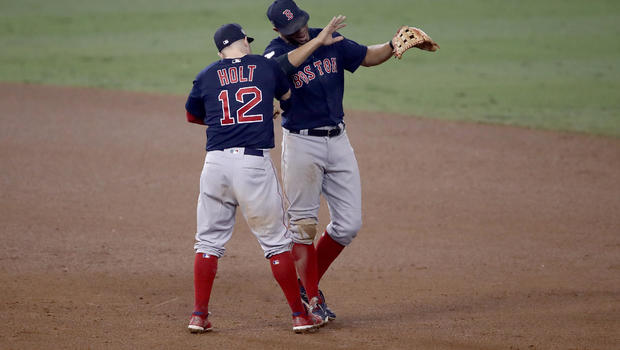