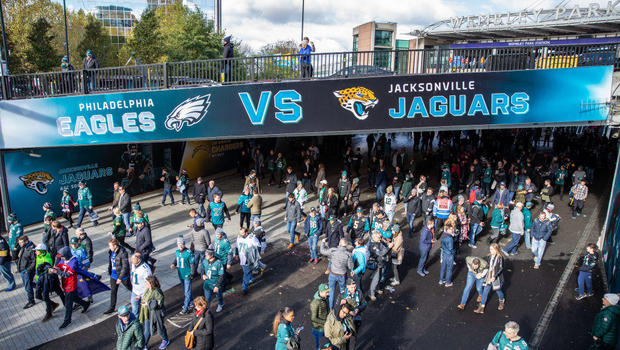 Jacksonville Jaguars strong safety Barry Church said his arrest, along with that of three teammates, at a London nightclub early Saturday morning was the result of a mistake.

Church and his teammates were arrested after failing to pay their tab, but were later released with no further action taken by police. The Jaguars and the Metropolitan Police have declined to disclose the names of the players involved, but multiple outlets reported Sunday that Church, fellow safeties Ronnie Harrison and Jarrod Wilson, and cornerback D.J. Hayden were the players arrested.

"There was definitely a misunderstanding, but as far as my actions are concerned, I take full responsibility," Church said after the Jaguars lost to the Philadelphia Eagles 24-18 at Wembley Stadium. "I don't want to be a distraction or anything like that to my team and my teammates, but we handled it as a private matter within the team. and we'll just go from there."

Church, the only one of the four players who in the locker room after the game when reporters were permitted to enter, declined to say how long he and his teammates were detained or whether any punches were thrown at the nightclub located near Piccadilly Circus.

"I don't want to get into any details about that, but we were just hanging out as a team," said Church, in his ninth season. "That's it."

Church started against the Eagles and Harrison and Wilson also played. Hayden missed his fifth consecutive game with a toe injury.

"It's just disappointing how it went down," Church said. "I didn't want to be a distraction or anything like that, but hey, it happened. I took full responsibility for it with my teammates, and we just weren't able to pull a victory out today. It just kind of adds to it. That's what happened."

Coach Doug Marrone said he spoke to each of the players.

After the team lost its fourth consecutive game, Marrone said his team hasn't given up on the season. The Jaguars reached the AFC championship game in January, losing to the New England Patriots, but fell to 3-5 following this defeat.

"Whatever happens, whatever goes on, I'm responsible for," Marrone said. "Like the statement said, I'm not going to go into specific details. We're still gathering information from it. You know the lines that they say. You guys have seen the statement. Obviously, before we start going on the field to perform better, we've got to take a good look at what we're doing all the other times — when we're in the building, out of the building and all those things."

The Jaguars were already shorthanded in the secondary, with starting cornerback A.J. Bouye and backup Tyler Patmon failing to make the trip because of calf and neck injuries, respectively.

Meeks got his hands on three of Eagles quarterback Carson Wentz's passes in the first half, but he failed to stop tight end Dallas Goedert from reaching the end zone on a 32-yard first-half reception.

"I'm proud of them stepping in there with some confidence," said cornerback Jalen Ramsey, who had an interception. "We're going to see the film and correct what we've got to correct, but as far as them going out there and playing with confidence and filling in for some guys that are down, I'm proud of them for that." 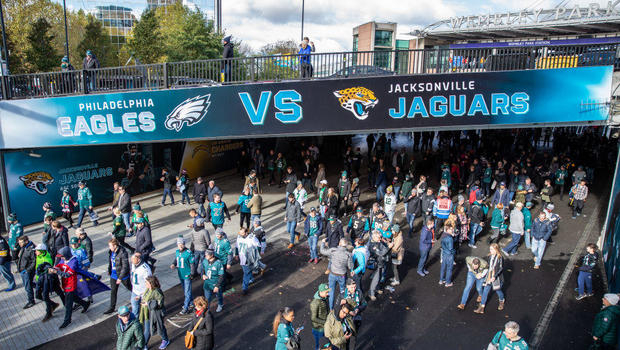 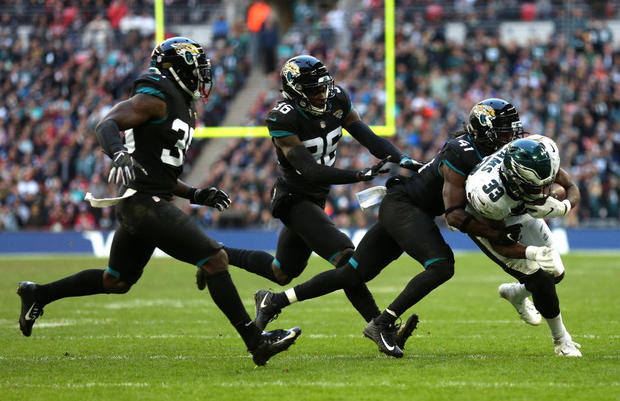