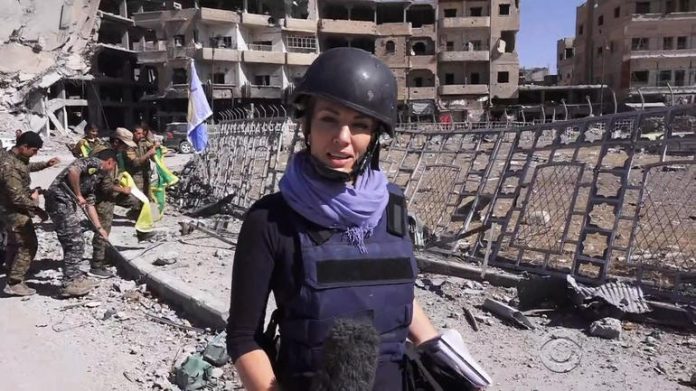 What happens to a city after ISIS leaves?

Holly Williams returns to Raqqa, Syria to report what it looks like when a so-called caliphate crumbles

What happens to a city after ISIS leaves? This week on 60 Minutes, Holly Williams goes to Raqqa, Syria to find out. Having previously reported from the city several times before, she has a sense of how Raqqa has changed — and how far the city still has to go to rebuild.

Williams has been reporting on ISIS for CBS News since the group's rise four years ago. Raqqa had been the capital of the Islamic State's so-called caliphate, and it was a dangerous place to visit.

"Just the name Raqqa had started to make you feel fearful," Williams tells 60 Minutes Overtime's Ann Silvio in the video above.

But then, members of an American-backed militia group known as the Syrian Democratic Forces, or SDF, began closing in on the city and pushing out ISIS fighters. When Williams first tried to access Raqqa in early 2017, she was situated just north of the city and watched as dozens of Syrians escaped, finally able to leave after three years of ISIS rule.

Williams and her CBS News crew were finally able to enter inside Raqqa's city limits on another reporting trip in June 2017. By then, Williams could walk on foot through the streets, which were mostly quiet and deserted.

Although the number of ISIS members was also dwindling within the city, those who were left were not giving up the city without a fight. At one point, ISIS snipers shot at Williams' colleagues, cameraman Abdi Cadani and producer Omar Abdulkader. Cadani filmed as Abdulkader sprinted across an exposed field to safety behind a brick wall, with the rapid crack of gunfire following closely behind. In this urban warfare, people's abandoned houses had turned into bases for the fighting.

"What was bizarre about it was that it was so obvious we were in people's homes," Williams says. "And you also realize how quickly a pretty normal life, a life we would recognize, turns into something very different."

Months later, ISIS appeared to be on the verge of losing control of Raqqa, and Williams wanted to be there to document it. In October 2017, she estimated that the SDF would root out ISIS within a few weeks, so she and her crew returned to the city.

The SDF victory happened sooner than she expected. One day as her crew approached Raqqa, pickup trucks sped past carrying cheering SDF fighters. "ISIS is gone," Williams recalls them shouting. She and her crew went to the city's al-Naim traffic circle, the place where ISIS used to carry out some of their most brutal executions. Along the way, they saw it was ISIS members whose dead bodies were now left rotting in the sun.

"I think what the experience was, was scarring being in Raqqa at that time. I think that's true for the entire team," she says.

But Williams was undeterred. She recently returned to Raqqa with 60 Minutes to report what happens after a so-called caliphate crumbles. Today the city is in ruins, but some residents have returned to rebuild.

Still, Raqqa is far from a functioning city. On the broadcast, Williams speaks with Laila Mustafa, a 30-year-old woman who is essentially acting as the city's mayor. She tells Williams that if her city doesn't rebuild quickly, if its economy doesn't improve and jobs don't return, then it becomes a vacuum — and there's no guarantee ISIS won't return to fill it.

"No one questions that," Williams says. "That's for sure." 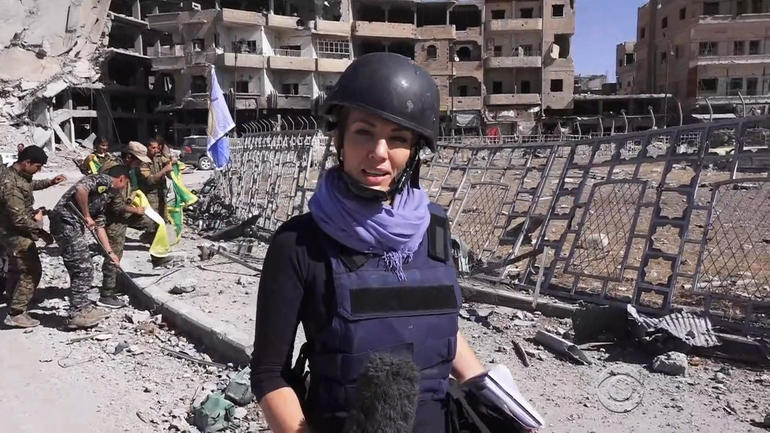 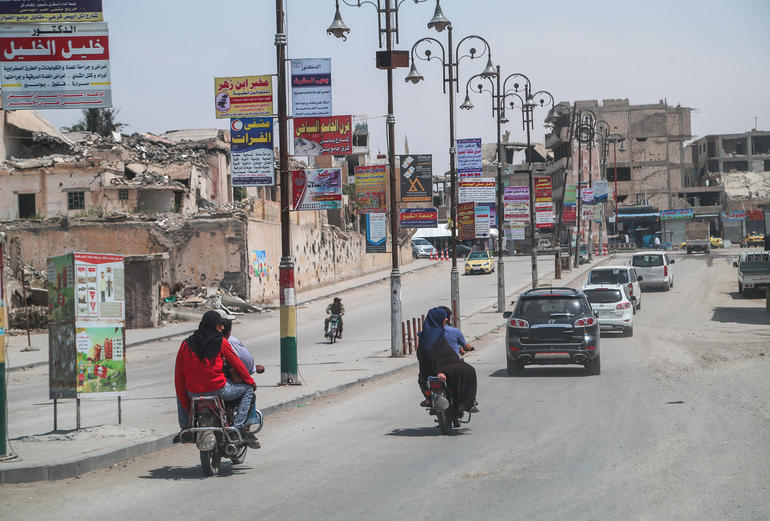