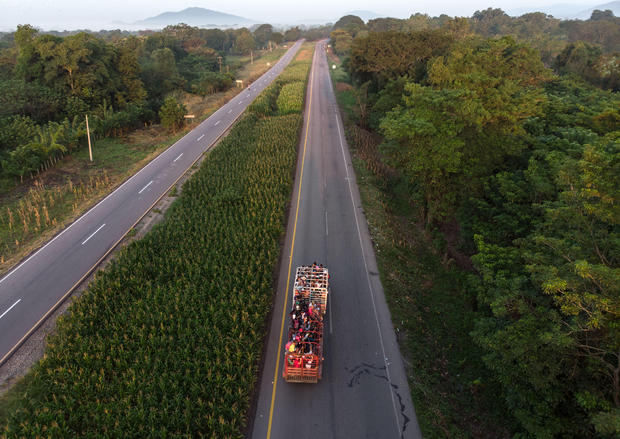 Mexican President Enrique Pena Nieto announced what he called the "You are at home" plan, offering shelter, medical attention, schooling and jobs to Central Americans in Chiapas and Oaxaca states if they applied, calling it a first step toward permanent refugee status. Authorities said more than 1,700 had already applied for refugee status.

But after one of the caravan's longest days of walking and hanging from passing trucks, the bulk of the migrants were boisterous Friday evening in their refusal to accept anything less than safe passage to the U.S. border.

"Thank you!" they yelled as they voted to reject the offer in a show of hands in the town of Arriaga. They then added: "No, we're heading north!"

Still 1,000 miles from the nearest U.S. border crossing at McAllen, Texas, the journey could be twice as long if the group heads for the Tijuana-San Diego frontier, as another caravan did earlier this year. Only about 200 in that group made it to the border.

While such migrant caravans have taken place regularly over the years, passing largely unnoticed, they have received widespread attention this year after fierce opposition from U.S. President Donald Trump. He has publicly voiced his frustration over the caravan, and his administration is now considering a wide range of administrative, legal and legislative options.

He tweeted a message to the migrants Thursday: "Go back to your country and if you want, apply for citizenship like millions of others are doing!"

Stoking fears about the caravan and illegal immigration to rally his Republican base, the president has insinuated that gang members and "Middle Easterners" are mixed in the group, though he later acknowledged there was no proof of that.

If the group reaches the border, they are likely to encounter one of two outcomes: Sluggish bureaucracy or hard-line enforcement.

On Friday, the Pentagon approved a request for additional troops at the southern border, likely to total several hundred, to help the U.S. Border Patrol as Mr. Trump seeks to transform concerns about immigration and the caravan into electoral gains in the Nov. 6 midterms.

Defense Secretary Jim Mattis signed off on the request for help from the Department of Homeland Security and authorized the military staff to work out details such as the size, composition and estimated cost of the deployments, according to a U.S. official who spoke on condition of anonymity to The Associated Press discuss planning that has not yet been publicly announced. 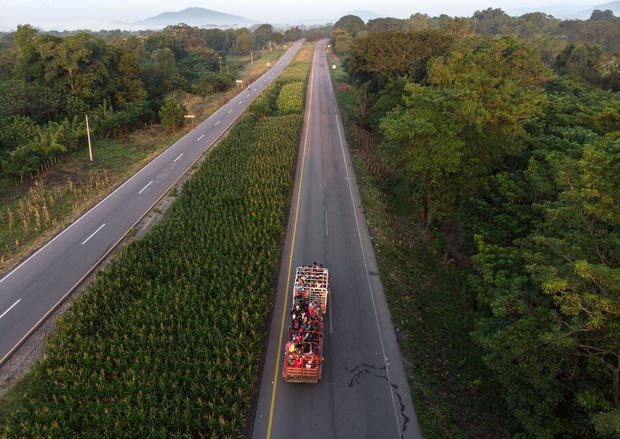