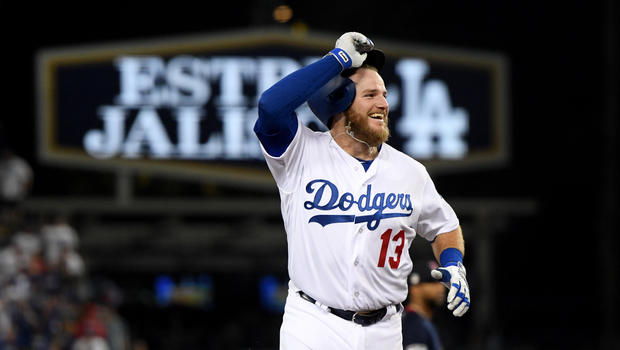 The Dodgers' Max Muncy hit a walkoff homerun in the 18th inning, giving the Dodgers a 3-2 victory over the Red Sox to end the longest World Series game in history. During the bottom of the 15th, the game surpassed San Francisco's 6-hour, 23-minute win over Washington that went 18 innings during the 2014 NL Division Series.

Previously, no World Series matchup had ever gone past the 14th.

The Dodgers gained a game on the Red Sox, bringing the series to 2-1.

The Red Sox nearly got a run in the 15th against Kenta Maeda, the Dodgers' sixth reliever. Boston put its first two batters on base, but Maeda made a gutsy forceout throw to get Eduardo Nunez at third before striking out Sandy Leon and Mookie Betts, who didn't like the called third strike.

Max Muncy came ever so close to ending it in the bottom half, but his long drive down the right-field line hooked foul a few feet in front of the pole.

Both teams scored bizarre runs in the 13th that kept the game going.

The Red Sox were oh-so-close to taking a 3-0 lead in the best-of-seven Series. But second baseman Ian Kinsler's wild throw on a two-out grounder by Yasiel Puig in the 13th let Los Angeles score the tying run.

Boston went ahead in the 13th when Brock Holt scored from second on a bad fielding exchange between Dodgers reliever Scott Alexander and second baseman Enrique Hernandez. Alexander fielded Nunez's tapper between the mound and first base, but his throw to a hustling Hernandez got away and Holt scored.

In the bottom half, Muncy drew a leadoff walk and tagged up when Nunez caught a foul pop and tumbled into the third base stands. Puig followed with his grounder up the middle and a stumbling Kinsler made a sidearm sling that bounced way wide of first.

Neither team got much going in most of the extra innings – no surprise for a game dominated by pitching. Nathan Eovaldi, who had been set to start Game 4, made his third relief appearance of the week and pitched a perfect inning, topping 101 mph with his fastball.

Cody Bellinger made a sensational throw from center field to nail a Red Sox runner at the plate in the 10th.

Manny Machado had a chance to win it for Los Angeles in the bottom of the 10th, but Red Sox closer Craig Kimbrel got him to pop up with two outs and a runner on second.

Bellinger saved the Dodgers in the top of the 10th, catching a flyball at medium depth and throwing out pinch-runner Ian Kinsler at the plate for an inning-ending double play. Bellinger was 275 feet from home when he caught Nunez's pinch-hit fly, Statcast said.

Dodgers rookie Walker Buehler delivered a brilliant start, shutting out the highest-scoring team in the majors on just two singles in seven innings.

Jackie Bradley Jr. homered in the Boston eighth off closer Kenley Jansen to make it 1-all. Joc Pederson homered early for Los Angeles off Rick Porcello.

The Dodgers had a chance in the bottom of the ninth, but pinch-hitter Brian Dozier fouled out with runners on first and second to end the inning.

Boston manager Alex Cora made all sorts of moves, trying to help his team take a 3-0 lead.

Fresh from starting and winning on Wednesday night at Fenway Park, lefty David Price came out of the Red Sox bullpen to pitch the ninth. He gave up a leadoff single to Bellinger, then picked him off with one out – Bellinger was tagged after a long rundown that led to all nine Boston players nearby, ready to take part.

Cora reworked his outfield in the eighth when Machado came up with two outs and a runner on first, guarding against the slugger pulling a ball. He shifted Bradley from center to left, moved Mookie Betts from right to center and slid J.D. Martinez -the weakest of the three- from left over to right. 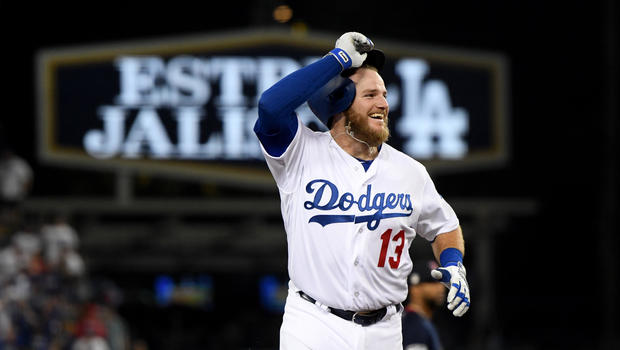 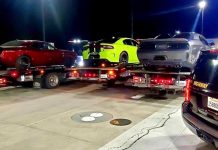