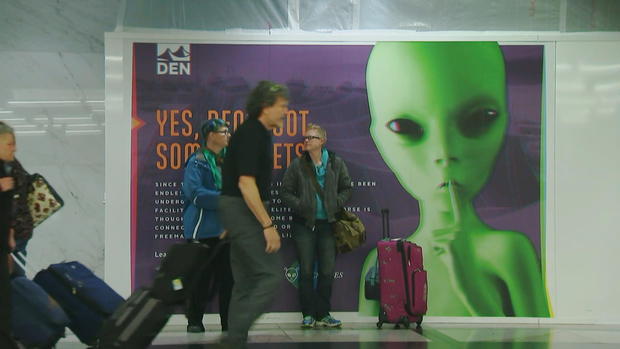 Denver International Airport has long been the subject of wild speculation and bizarre conspiracy theories. When the airport began a major renovation project, they decided it was a chance to play along.

Posters highlight upgrades to the facilities and poke fun at some of the wilder myths about the airport – like the one about lizard people living underneath the terminals. They even post on social media when aliens roam the airport.

Since it opened in 1995, America's fifth busiest airport has swirled with conspiracy theories — how the runways make a swastika, how the blue mustang earned the nickname Blucifer after it fell over and killed the artist.

And then there's the murals. Some show peaceful times, while others show apocalyptic scenes.

If art is in the eye of the beholder, conspiracy investigative journalist Jay Weidner beholds doom.

So the next time an extra-terrestrial needs a lift home, we now know the perfect airport to jump that flight. 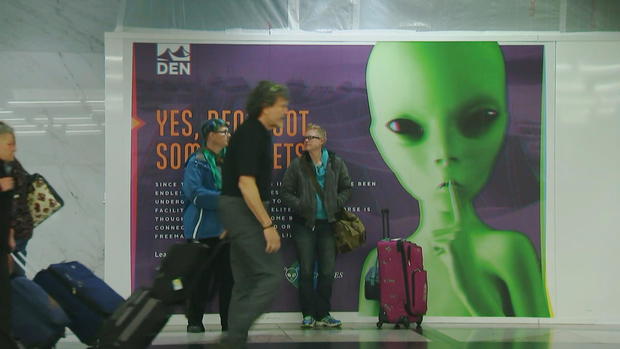