Rockstar Games enjoyed its biggest success to date with Grand Theft Auto V, which has gone on to become one of the best-selling video games of all time since its release in 2013. The intervening years have seen it release no new titles, but that changes this week with the launch of Red Dead Redemption 2.

The much-anticipated prequel to 2010's Red Dead Redemption puts players in the shoes of Arthur Morgan, an outlaw seeking to escape the law along with his gang. It follows the same basic open-world format of Grand Theft Auto V, where players are provided with a huge game world to explore and are allowed to take on missions at their discretion over the course of a 50-hour campaign.

Just as GTA V was a critical darling, the early response to Red Dead Redemption 2 from critics has been overwhelmingly positive. But Red Dead Redemption 2 has big boots to fill. GTA V's sales have eclipsed 95 million units, according to the latest numbers shared by Rockstar parent company Take-Two, a figure that puts it ahead of all but a small number of games in lifetime sales. When accounting for revenue generated from additional purchases tied to the game, Take-Two refers to it as the "most profitable entertainment product of all time."

Five years after it first debuted, GTA V is routinely among the best-selling games each month in the United States. Tracking firm NPD Group's charts account for physical and some digital sales in the U.S., and Rockstar's smash hit commonly beats out even highly anticipated new releases. This is driven in part by continued support for its online multiplayer component, GTA Online, which continues to receive updates — and will still get them even after Red Dead Redemption 2's release on October 26.

Take-Two has warned investors that Red Dead Redemption 2 is unlikely to top the performance of Rockstar's previous title, though CEO Strauss Zelnick says it's expected to do "incredibly well." (Disclosure: Zelnick is also the interim chairman of the board for CBS Corp.)

– GameSpot contributed to this report. 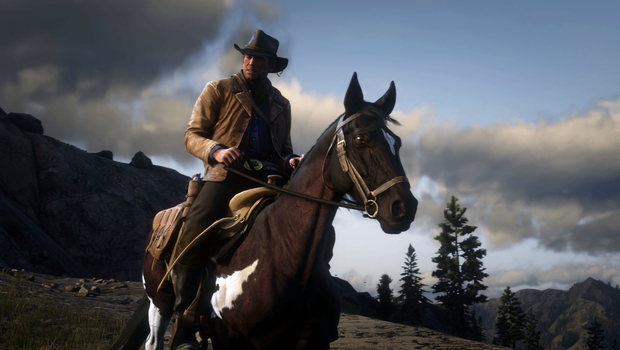 The state of the facts on U.S. economy, taxes and more