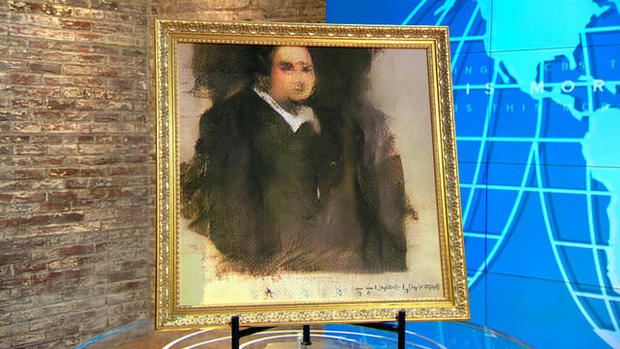 If there was ever a question of whether the art world was ready to embrace work created by artificial intelligence, there is no longer. In the first-ever auction of its kind, a painting created by AI has sold for nearly half a million dollars.

Christie's sold the piece titled the "Portrait of Edmond de Belamy" on Thursday to an anonymous buyer for $432,500. The auction house had initially estimated it would sell between $7,000 and $10,000.

The Paris-based art collective, Obvious Art, created the "Portrait of Edmond de Belamy" using a computer and algorithm that analyzed a data set of 15,000 human-made paintings from between the 14th and 20th centuries.

Christie's international head of prints and multiples, Richard Lloyd, brought the portrait to the "CBS This Morning" studio last week and addressed questions about how this might affect human artists.

"There will be human art, there will be artificial intelligence art, but there will also be a hybrid. I think that's what's come downing the pike in the near future. It's artists who have always been great early adopters, Warhol adapted screen printing which came from commercial packaging, photographers took the camera and thought well can do weird and wonderful things with this. So I think human artists will be working side by side with this algorithm and creating hybrid art. It's just the beginning it's so fascinating what is going to be created," he said. 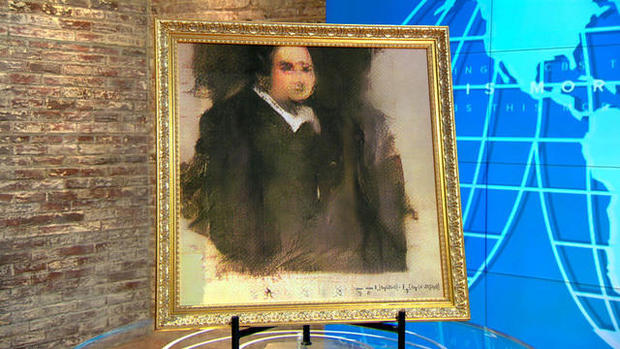