LONDON — Irish singer Sinead O'Connor has announced she has converted to Islam and said she has changed her name to Shuhada' Davitt. The 51-year-old has been posting selfies of herself wearing hijabs on Twitter in recent days, as well as a video in which she sang the Azan, or call to prayer.

She tweeted on Oct. 19: "This is to announce that I am proud to have become a Muslim. This is the natural conclusion of any intelligent theologian's journey. All scripture study leads to Islam. Which makes all other scriptures redundant."

The singer ripped up a picture of Pope John Paul II during a Saturday Night Live appearance in 1992 as a protest against the Catholic Church.

O'Connor's struggles with mental illness have been very public.

Last August, O'Connor recorded a tearful video from a motel room in New Jersey in which she said she suffers from "three mental illnesses," and slammed her family members, accusing them of leaving her entirely alone in the world.

In May 2016, police in Wilmette, Illinois searched for the singer after she wrote a cryptic note on Facebook and went out for a bike ride. A concerned doctor called police and asked them to perform a well-being check. In November 2015, she was hospitalized after she posted what appeared to be a suicide note on Facebook and took an overdose.

The singer has talked openly before about her bipolar diagnosis, which she received more than a decade ago. She spoke with Oprah Winfrey in 2007 and said that she had struggled with anxiety and suicidal thoughts before her diagnosis, and that while medication was helping her, "it's a work in progress." 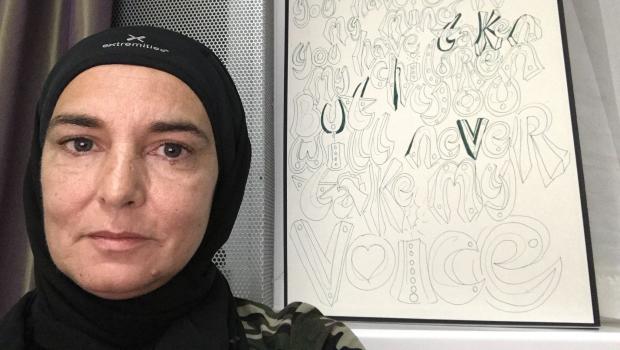