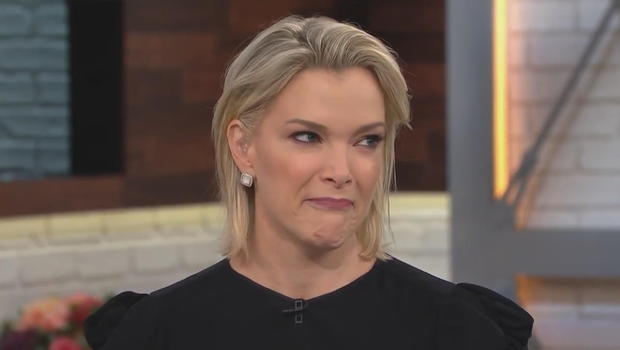 Megyn Kelly remains at the center of controversy, days after suggesting putting on a "blackface" as part of a Halloween costume isn't necessarily racist. A source close to the TV host tells CBS News her employment status at NBC News has not changed. The same source told CBS News correspondent Jericka Duncan that reports that "Megyn Kelly Today" will be canceled and that she's seeking a $50 million settlement "sound untrue." But for a second day in a row, the show will be a rerun, adding to the speculation of her imminent exit.

Kelly choked back tears when she apologized Wednesday, but it may not save her job. Her staff has been told she isn't returning to the show, according to Hollywood Reporter editorial director Matt Belloni.
"I would not be surprised if NBC decided to just pay her out, let her go, and move on," Belloni said.

"What message does this send if she is not fired or if she does stay?" Duncan asked him.

"That there is a tolerance for inappropriate comments if the person apologizes," Belloni said.
Kelly signed a contract reportedly worth $23 million a year. She was lured away from Fox News where the primetime star had a history of making racially insensitive comments, including claims that Jesus was a white man and Santa is white.
"They were willing to take a risk on her, and this is what happened," Belloni said.
The Wall Street Journal reports some NBC executives were irked by Kelly's coverage of sexual misconduct allegations against Tom Brokaw and Matt Lauer.

"No employer should make you have to choose between your job and your honor," Kelly said during a conversation with Lauer's accuser.

She has also suggested NBC may have blocked Ronan Farrow's investigation into Harvey Weinstein.
"I've been at this table with you before when the topic of #MeToo has come up, and sometimes I thought, 'Girl, do you know your bosses are watching?'" Amy Holmes said on "Megyn Kelly Today."
"Whether this is an excuse for NBC to ditch her, I don't know," New York Times chief television critic James Poniewozik said. "But she doesn't have the protection that ratings success sometimes affords."

Kelly's first season averaged nearly 2.4 million viewers, 375,000 fewer than the "Today" show 9 a.m. hour had before she arrived. NBC News has not said anything publicly about Kelly's long-term future. She has reportedly hired a prominent Hollywood attorney who is meeting with NBC executives Friday. 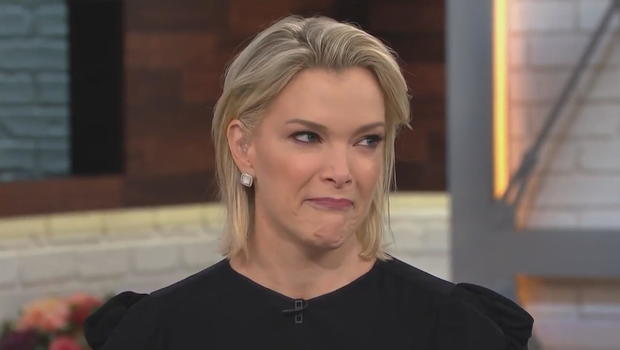