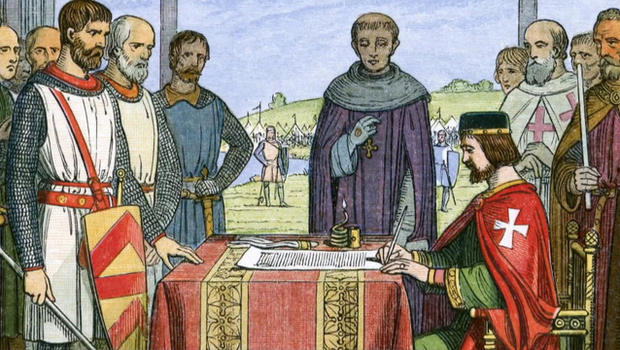 LONDON — British police have arrested a man suspected of trying to steal a Magna Carta from its display case at Salisbury Cathedral. Wiltshire Police said Friday that cathedral alarms sounded Thursday afternoon when a person tried to smash the glass box surrounding the Magna Carta.

The Magna Carta granted by King John in 1215 has become an enduring symbol of the rule of law. The document on display at the cathedral is one of four surviving original Magna Cartas.

Police say the Magna Carta was not damaged and no one was hurt during the incident. The cathedral said in a written statement that its copy of the vaunted document, considered a cornerstone of modern democracy and a primary influence on America's Founding Fathers, would be back on display as soon as possible.

As CBS News' Charlie D'Agata reported in 2015, as Britain celebrated the Magna Carta's 800th birthday, the document has served as the basis of the U.S. Constitution, the Bill of Rights and the Universal Declaration of Human Rights.

The suspect was arrested on suspicion of attempted theft, possession of an offensive weapon and criminal damage. He has not been identified or charged.

Police say the man matched a description given by witnesses. 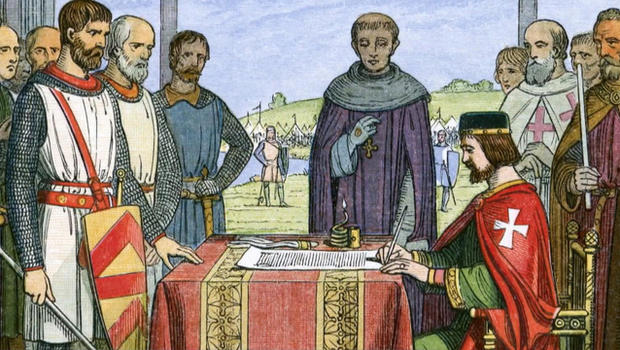