Iconic '90s teen movie "Clueless" is getting a reboot. Tracy Oliver, who co-wrote the well-received comedy "Girls Trip" last year, confirmed on Twitter that she is "excited to be producing a *new* take" one one of her "favorite movies of all time."

Marquita Robinson, who writes for Netflix's "Glow," is writing the script for the film. The original "Clueless" followed Beverly Hills teenager Cher Horowitz, her best friend Dionne Davenport and new girl Tai Frasier. The movie was based on Jane Austen's "Emma."

When Oliver tweeted the news, a Twitter user responded, "Why? Can't you make anything original?" Oliver hit back, "Like… Girls Trip?"

The movie is still in early development, reports Deadline, so it's not clear if it will be a complete reimagining or if it will revisit the same story.

The original movie was directed and written by Amy Heckerling and made lines like, "Ugh, as if!" iconic for decades to come. Alicia Silverstone starred as Cher, with Stacey Dash playing Dionne and the late Brittany Murphy playing Tai. Elisa Donovan, Paul Rudd, Breckin Meyer, Jeremy Sisto and Dan Hedaya rounded out the cast. The movie spawned a TV show, as well, with some of the same actors.

"Clueless," which hit theaters in 1995, grossed more than $56 million. Twenty years later, Heckerling told "CBS This Morning" of the film, "It was, like, the most fun set I've ever been on in my life. Those characters make me happy because it doesn't matter what reality is. Reality is what you decide it is."

"Clueless" the musical will also arrive Off Broadway this fall, with previews beginning Nov. 20. The show will officially open in December at the Alice Griffin Jewel Box Theatre at The Pershing Square Signature Center in Manhattan.

In addition, Oliver is working on a TV adaptation of "The First Wives Club," starring a black cast. Deadline reports that Oliver was the first African-American woman to write a movie that grossed over $100 million domestically for "Girls Trip." 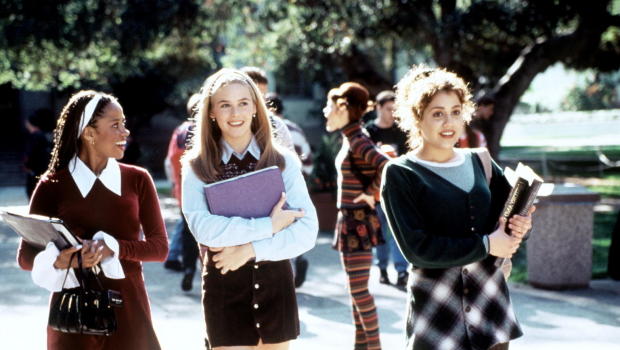