By Grace Segers CBS News October 24, 2018, 4:32 PM Recipients of suspicious packages have been criticized by Trump in the past

Authorities are responding to suspicious packages sent to several Democratic figures, several of which contain crude but functional low-ordnance explosive devices. Aside from party, these politicians share another important distinction: they have been publicly criticized by President Trump.

Mr. Trump condemned these threats on Wednesday. He said that the government was conducting a full investigation into the sending of these packages.

"I just want to tell you that in these times we have to unify. We have to come together. And send one very clear strong unmistakable message that acts or threats of political violence of any kind have no place in the United States of America," he said. "This egregious conduct is abhorrent to everything we hold dear and sacred as Americans."

The motive behind the attempted attack remains a mystery. However, the president has often targeted the intended recipients of the packages in rally speeches and on Twitter.

Mr. Trump has been especially critical of Waters in recent months, after Waters suggested at a June rally that protesters harass Trump cabinet members. In a retaliatory tweet, Mr. Trump called her "an extraordinarily low IQ individual." At a rally in West Virginia in September, Mr. Trump called Waters the "de facto leader" of the Democratic Party. He has continued to criticize her in subsequent rallies, lumping her together with House Minority Leader Nancy Pelosi, a longtime target of Republican ire. In a recent video posted to Twitter, Mr. Trump said Waters was "constantly, day in and day out, ranting and raving."

The president has also been critical of Holder, after the former attorney general made a controversial remark on Democratic campaign strategy: "When they go low, we kick them," Holder said of Republican candidates earlier this month. Mr. Trump responded to Holder's comments in an interview with "Fox & Friends" earlier this month.

In the same interview, Mr. Trump said that any protesters at his rallies were paid actors sponsored by "the Democrats and Soros." The president has often suggested without evidence that Soros was the sponsor of demonstrations against Republican policies. Earlier this month, he said that protesters against Supreme Court Justice Brett Kavanaugh's nomination were paid for by Soros.

Brennan, who has been a frequent critic of Mr. Trump on cable news, had his security clearance revoked by the president in August. Press Secretary Sarah Sanders said in a statement at the time that "Mr. Brennan's lying and recent conduct characterized by increasingly frenzied commentary is wholly inconsistent with access to the nation's most closely held secrets."

Mr. Trump was less circumspect in his response on Twitter a few days later. "He will go down as easily the WORST in history & since getting out, he has become nothing less than a loudmouth, partisan, political hack who cannot be trusted with the secrets to our country!" the president wrote.

Clinton, Mr. Trump's opponent in the 2016 election, has been a frequent target of Mr. Trump for years. The president created the nickname "Crooked Hillary" during the campaign, and has accused her of a variety of crimes. He also, famously, called Clinton a "nasty woman" during their final debate before the election.

Obama was famously the target of conspiracy theories promoted by Mr. Trump in 2011 and 2012, when the current president accused the former president of being born in Kenya. A leading proponent of the so-called "birther" theory, Mr. Trump repeatedly called on Obama to release his birth certificate, at one point even offering to give $5 million to Obama's charity of choice if he released it. Even after Obama released his birth certificate, Mr. Trump did not follow through on his promise.

In 2016, Mr. Trump suggested that Obama was the founder of the terrorist group ISIS. He also said during the campaign that Obama "has been a disaster as a president" who "will go down as one of the worst presidents in the history of our country."

Mr. Trump has worked to undo many of Obama's signature achievements after taking office, such as withdrawing from the Iran nuclear deal and attempting to repeal and replace the Affordable Care Act. 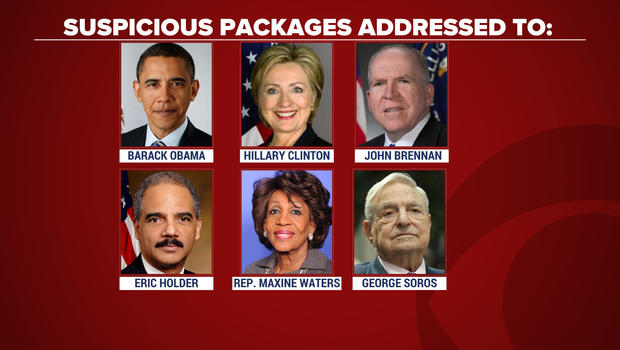