If you didn't win the Mega Millions' record $1.537 billion jackpot Tuesday night, fear not because Powerball has drawn its winning numbers for an estimated $602.5 million jackpot. The drawing took place Wednesday at 11 p.m. ET.

You must match all five white balls and the red Powerball to claim the entire jackpot.

"It is an exciting time to be a lottery player," said David Barden, Powerball product group chairman and New Mexico Lottery CEO, ahead of Wednesday's drawing. "As the country experiences the fun and excitement of record jackpots, it's important to remember to play responsibly. Plus, revenues from ticket sales are going to benefit great causes."

Powerball officials say the game's last jackpot was last hit Aug. 11 in New York and since then there have been 20 more drawings where 35 tickets have won at least $1 million by matching all five white balls, but didn't match the red Powerball.

Powerball tickets cost $2 per play and are sold sold in 44 states. 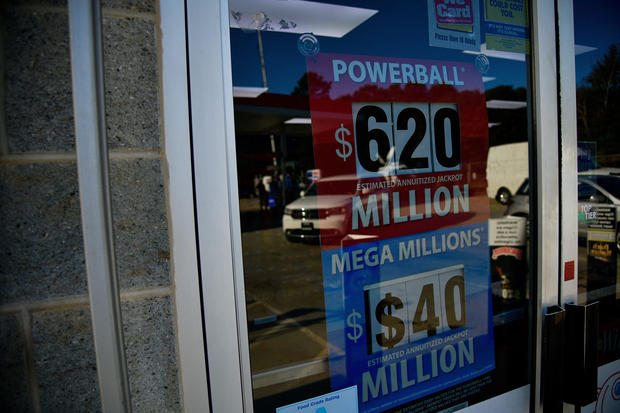 Carbon taxes are hot stuff — here’s how they would work