After more than a month of teasing that a "significant character" would die on "Modern Family," many fans are less than impressed. On Wednesday's episode of the ABC comedy, it was revealed that DeDe, Mitchell and Claire's mother, died in her sleep.

But DeDe, played by Shelley Long, only appeared on the show sporadically. In September, co-creator Christopher Lloyd claimed that a "significant character in the series" would die, and that it would be "a moving event — and an event that has repercussions across several episodes."

Wednesday's Halloween-themed episode opened with Mitchell and Claire learning that their mom, now divorced from their father, died peacefully in her sleep on a trip with her women's group.

Earlier in October, "Modern Family" star Ariel Winter claimed that the death would not affect an "older character." She told ET, "It's a character that we'll all be sad to see go, but it's probably not an older character that you think is going to go. We haven't ever really had a death on the show. It definitely impacts the family, as I think it impacts any family. You know, some people have never dealt with death or if it's a person close to them, they're having to deal with them because it's a tragedy, and you follow people's stories on how they do that and I think some people obviously take it better than others."

But DeDe is certainly one of the show's older characters. She is the grandmother of Ariel Winter's character, Alex.

Many fans were guessing that perhaps Jay, DeDe's ex-husband and Mitchell and Claire's father, would be the one to die. Some were relieved while others were disappointed, but most fans agreed that DeDe was not a major character.

In spite of the naysayers who wanted more drama, DeDe's death is not fully resolved yet, as Lloyd and Winter pointed out that the family will spend the next several episodes grappling with their grief. 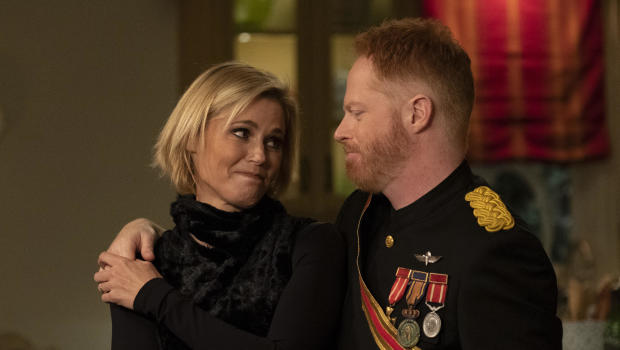 Kevin Spacey shows up for hearing in groping case