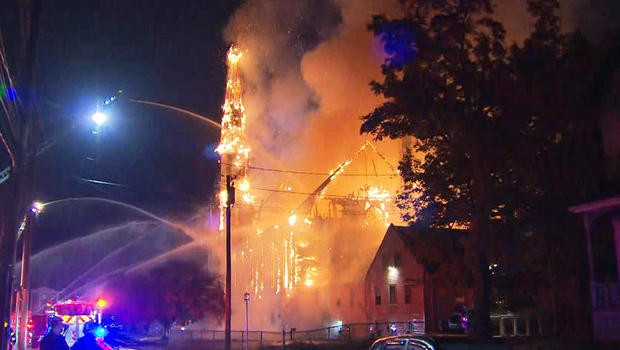 A massive fire destroyed the First Baptist Church of Wakefield in Massachusetts Tuesday night, CBS Boston reports, and the historic building was described as a total loss. But as workers were clearing the ashy remains of the church the next day, Jesus appeared in the form of a painting, The Boston Globe reports.

Photos from the scene of the fire show a building inspector removing a nearly-pristine painting of Jesus, which once hung just inside the church's front doors, according to The Boston Globe. Somewhat miraculously, the painting survived the devastating fire.The image of Jesus emerging from the charred church gave worshipers some solace during the difficult time.

Former parishioner Susan Auld told the Globe that the Jesus painting will be given to a former pastor of the church.

The First Baptist Church of Wakefield, which was nearly 150 years old, according to its website, caught fire around 7 p.m. on Tuesday, CBS Boston reports. A witness says lightning struck the 180-foot steeple before it went up in flames.

"I saw the lightning strike the steeple, and we saw the smoke and it just went up in flames fast," said Christian Bruno, who lives across from the church.

People were inside the church when the fire started, but no injuries have been reported. Still, churchgoers are devastated by the tragedy. "Two days ago I just went to the service 10:15 on Sunday and I'm just shocked that this church is burned down," Robert Jordan told CBS Boston.

But during this dark time, the painting of Jesus persevered and may serve as a comforting memento for worshipers after their loss. 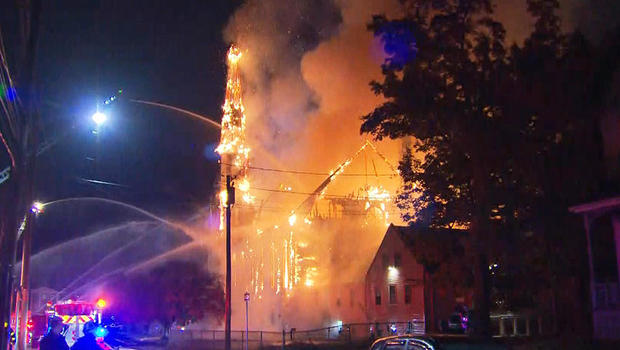