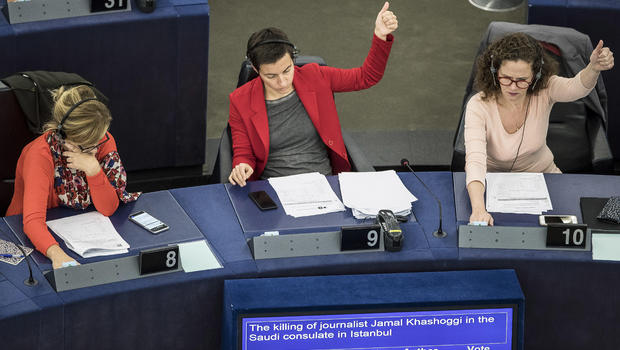 BERLIN — The killing of writer Jamal Khashoggi has prompted soul-searching in some European countries about their sale of arms to Saudi Arabia, long one of the biggest buyers of sophisticated Western weaponry. While the United States ranks first among Saudi's arms suppliers, Europe, too, has been selling billions of dollars' worth of weapons to the kingdom for decades.

The European Parliament overwhelmingly approved a measure on Thursday urging member countries to ban the sale of weapons and surveillance technology to the Saudis in response to the Khashoggi killing, but it is a non-binding measure and it remained unclear what practical effect it might have.

The resolution passed by the Members of the European Parliament also calls for an independent investigation into the journalist's killing, and for all the suspects to face a fair trial.

Pressure mounts, but no action yet

Appeals have mounted in recent days calling for such deals to be halted: On Sunday, German Chancellor Angela Merkel said that arms exports to Saudi Arabia "can't take place in the situation we're currently in," citing Khashoggi's death. But despite the outrage, no European country has yet taken concrete action to change how business is done.

Spain's prime minister said Wednesday his government would fulfill past arms sales contracts with Saudi Arabia despite his "dismay" over the "terrible murder" of Khashoggi earlier this month in the Saudi Consulate in Istanbul.

Pedro Sanchez told lawmakers that protecting jobs in southern Spain was central to his decision last month to go ahead with a controversial bomb shipment to Saudi Arabia.

In London, British Prime Minister Theresa May also rebuffed a call from opposition lawmakers to end weapons sales to the Arab kingdom, telling Parliament on Wednesday that "the procedures we follow are among the strictest in the world."

Can the EU speak with one voice?

Spain, Germany, Italy and Switzerland each accounted for about two percent of Saudi Arabia's arms imports between 2013 and 2017, according to figures compiled by the Stockholm International Peace Research Institute, or SIPRI. France accounted for about 4 percent, while Britain took a 23 percent share of the business — behind the United States with 61 percent.

Merkel's economy minister, Peter Altmaier, called Monday for a common European Union position on arms sales to Saudi Arabia, telling a public broadcaster that "only if all European countries agree would this make an impression on the government in Riyadh."

Even if Germany were to stop the exports, "it will have no positive consequences … if at the same time other countries fill this gap," he said.

Slovakia's Foreign Ministry said Wednesday it was willing to discuss the German proposal. In neighboring Czech Republic, Foreign Minister Tomas Petricek said he also supported a discussion as he summoned the Saudi ambassador to Prague to tell him "any attacks on journalists are unacceptable."

But Britain's foreign secretary highlighted the difficulty in agreeing on a common EU stance on Saudi arms exports when he pointed out last month that "With countries like Saudi Arabia, countries like China, the way you make the most progress is by talking to them in private."

"If you talk about these things publicly you lose the access, they say 'we don't want to deal with you' and you put yourself in a position where you have no influence over what's happening," Jeremy Hunt told Sky News.

Russia could step in as Saudi's new arms supplier

Should Western nations halt their sales, one country that might step in is Russia.

Saudi Arabia also has expressed interest in setting up production of Russian Kornet-EM anti-tank missiles, TOS-1A rocket launchers and AGS-30 automatic grenade launchers and the latest version of the Kalashnikov assault rifle in their country. It is unclear if any of those deals are nearing implementation.

Russia's cautious stance on Khashoggi's murder could be changing that, experts say.

Kirill Semenyov, a Middle East expert on the Foreign Affairs Council which advises the Kremlin, said the Saudis would be looking for alternatives like Russia if one of their key partners were to pull out of the deals.

"If the U.S. or Britain were to renege on the contracts to supply fighter jets or other weapons like tanks, it would be a serious blow, that would push Saudi Arabia to buy arms from Russia like T-90 tanks or Su-35 planes," he said.

A sizeable Russian business delegation on Tuesday descended on an investment conference in Riyadh to show that Moscow is unfazed by the accusations against the royal family.

Kirill Dmitriev, chairman of the state-owned Russian Direct Investment Fund, told state-owned Rossiya 24 channel that "Saudi partners are appreciative of our balanced position." ''We continue to cooperate with Saudi Arabia's investment fund and other partners," he added.

Dmitriev likened the investigation into Khashoggi's killing to recent accusations leveled against Russia over the poisoning of a former Russian spy in Britain and cyber-attacks around the world.

"There's a lot of speculation and unverified information around," he said.

French government spokesman Benjamin Griveaux said Wednesday that Paris will agree to sanctions against Saudi Arabia only if it's proven they are to blame in the journalist's killing.

"As long as these facts are not corroborated by our intelligence services, we will withhold our response," Griveaux said. "But once the light is made, that these facts are corroborated by our services, and in the event that Saudi Arabia's responsibility is proven, then we will draw the consequences and we will take sanctions. And I will tell you something, it would not be just about weapons."

Diederik Cops, a researcher at the Flemish Peace Institute in Belgium, suggested that the European focus on military goods would have been more appropriate years ago in reaction to the Yemen conflict, where Saudi Arabia relies heavily on foreign arms and equipment. It may have taken the Khashoggi killing to force a change, he said.

"Most governments are threatening with arms and questioning arms exports because they know that is the most strong … political pressure instrument they can use at this moment toward the Saudis," he said.

But, he added, it's hard to tell if a global initiative on prohibiting arms exports to Saudi Arabia will take hold because of geopolitical and economic factors.

Rights groups have long called unethical the multibillion-dollar U.S. and European arms sales to Saudi Arabia, for decades one of the world's largest buyers of weapons. They point to the growing number of civilian casualties in Yemen's ongoing civil war, in which the Saudis lead a mostly Arab coalition against Iranian-supported Shiite rebels known as the Houthis.

Calls for the deals to be suspended have often surfaced in the wake of airstrikes by the U.S.-backed, Saudi-led coalition fighting against the Iranian-supported Shiite rebels in Yemen. The airstrikes have killed hundreds of Yemeni civilians, including women and children, since the commencement of the war in 2015.

After an August airstrike hit a bus carrying Yemeni children on their way to school in the country's north, killing more than 40, Human Rights Watch said the incident highlighted the "callous indifference of the Western powers enthusiastically arming the Saudi-led coalition."

Haizam Amirah Fernandez, an expert at Madrid-based think-tank Elcano Royal Institute, said Saudi Arabia's current leadership "is aware that it has taken bold steps in the past three plus years with an absolute impunity" because the White House is its biggest backer.

"Everybody else, including the Europeans, look at Washington to see what signals come out of the White House regarding support to the Saudi monarchy. And the signal so far has been of an unshakable support with timid criticism toward Saudi Arabia," said Amirah Fernandez. 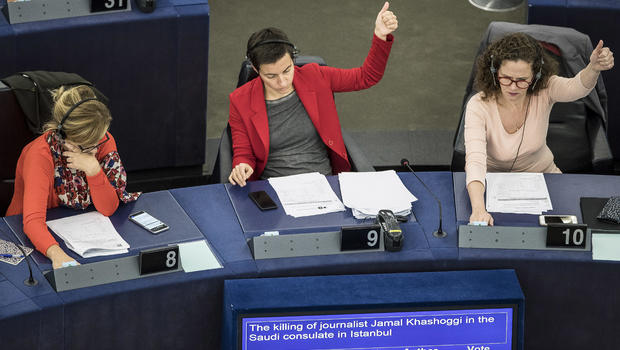 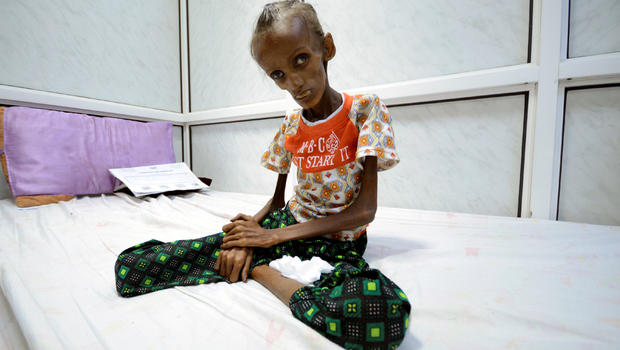