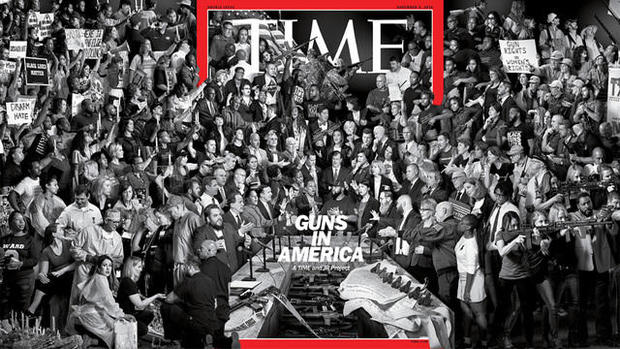 CBS News October 25, 2018, 2:31 PM How artist JR took on America's most politically charged topic one story at a time

This week marks 50 years since the Gun Control Act of 1968 was signed into law. Since then, the debate over guns has been one of the most politically charged of our time. This week's Time magazine takes a close look at the topic by talking to people on all sides, including gunshot victims, gun owners and enthusiasts, emergency room doctors, activists with opposite points of view, and policymakers responsible for finding solutions.

French artist JR traveled the country to photograph and film 245 people from "every imaginable vantage point." JR and Time editor-in-chief Edward Felsenthal joined "CBS This Morning" to discuss how the massive, interactive project came together and how the diversity of voices in the video mural demonstrates the complexities of the gun debate.

"In France, where I come from, we don't have guns like that," said JR, who now lives in the U.S. "I was always curious seeing this through the news, seeing these mass shootings, how did that happen? But I'm also really naive about it. So I went and asked the people themselves and asked them to tell me their story and I haven't changed a word from it."

The interactive video mural is a composite of every single person he spoke with across America, along with his or her unedited point of view on the gun debate. You can click on each individual and watch video of them telling their story.

"One of the things that's powerful about the image JR created is that it's centered around a table… where people actually listen to each other. And we listened to these 245 voices and they learned from each other, we learned from them. The issue is really much grayer than it's so often portrayed in our conversation," Felsenthal said.

What JR found most surprising was how many people actually agreed with one another but were too afraid to admit it. He recalled instances where people refrained from fully sharing their point of view out of fear of what their own community might think.

"So it was interesting because I was like, wait, so I'm meeting people that actually would all agree but this conversation is not happening," JR said. "Some would actually be so scared they'd say, 'Cut the mic, please'."

Known for using photography to draw attention to social issues, JR hopes that this video mural will create the kind of conversation about guns in America that isn't happening right now.

Although the NRA declined to participate in the project, Felsenthal said NRA members are a part of it. 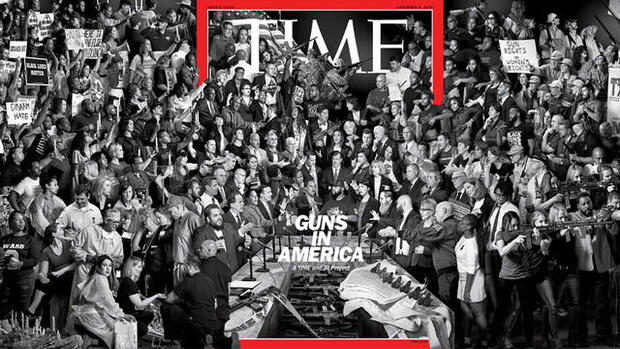